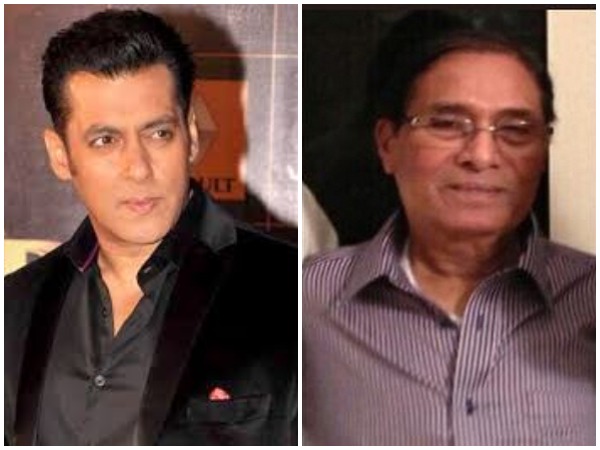 The veteran film producer breathed his last in Mumbai on Friday.
The 'Dabangg' star took to Twitter, to pay respect to the late producer with whom he has worked for the movie 'Andaaz Apna Apna'. He tweeted, "Very very sorry n saddened to hear of the demise of Vinay Ji, producer of a memorable film of mine - Andaz Apna Apna. Deepest condolences to the entire family ..."

The cause of the death of the producer has not been confirmed.