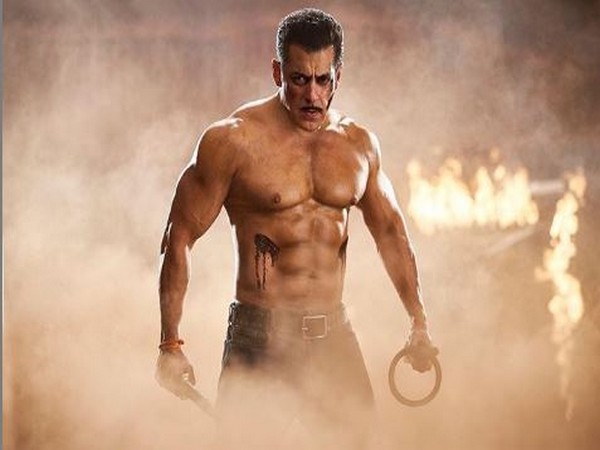 The 54-year-old star hopped on to Instagram to share a picture of himself, apparently a shot from one of the action sequences from the movie.

Going with the minimal caption, the actor simply gave a hashtag of Dabangg 3 and also a throwback.
The 'Bharat' actor in the shared photograph is seen flaunting his ripped body and has a few bruises on his face and two gashes on his torso.
On the one hand, the actor is seen holding a metal ring, while on the other he is holding a knife.
Khan who has no scarcity of followers received great reactions from the online commentators for the throwback photographs.
'Dabangg 3' is the third installment of Khan's franchise of the same name, which also stars Sonakshi Sinha opposite Salman.
The movie that got released in December last year also stars veteran actor Mahesh Manjrekar's debutant daughter Saiee Manjrekar and Arbaaz Khan in significant roles. (ANI)
ADVERTISEMENT