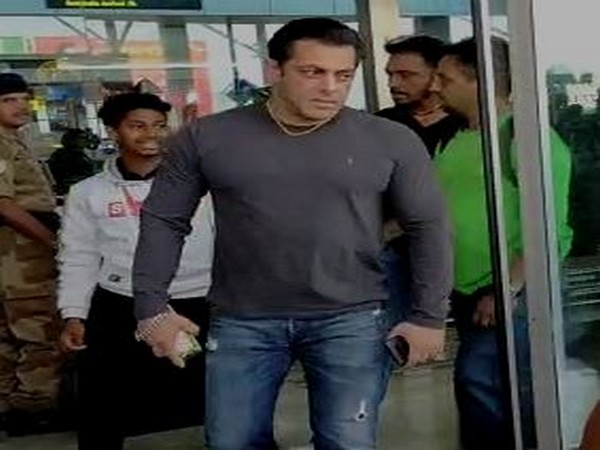 Goa [India], Jan 28 (ANI): A video of Bollywood star Salman Khan has gone viral on social media in which he can be seen snatching the mobile phone from a fan, who was trying to take a selfie with him.

The incident took place at the Goa Airport on Tuesday while the actor was exiting from a gate where he was approached by a highly enthused fan, who attempted to click a selfie with him without prior permission.
Donning a black shirt, the actor carried on strutting forward with an enraged expression on his face while still clutching the fan's cell phone in his right hand.
The brief confrontation raised a few eyebrows and incited a strong response from Goa NSUI president Ahraz Mulla who wrote a letter to Goa's Chief Minister Pramod Sawant demanding strong action against the actor for his unruly behaviour.
Mulla stated in the letter: "I strongly believe and know that photography is not allowed on a defence airport, but we also need to understand the intention of the fan with which he was clicking the selfie without doing any harm to anyone."
He then went on to express that "snatching the phone from a fan and thereby taking the law in his own hand is not acceptable," and added that the same actor "has had a record of violent behaviour towards fans."
Mulla urged the CM to take cognisance of the matter and demand a public apology from Salman. If the actor refuses to do so, then "such violent actors with a bad track with fans should not be allowed to visit Goa in the future."
Goa unit BJP general secretary and former MP Narendra Sawaikar has also slammed Khan for his "deplorable" behaviour and has demanded an unconditional apology. (ANI)
ADVERTISEMENT