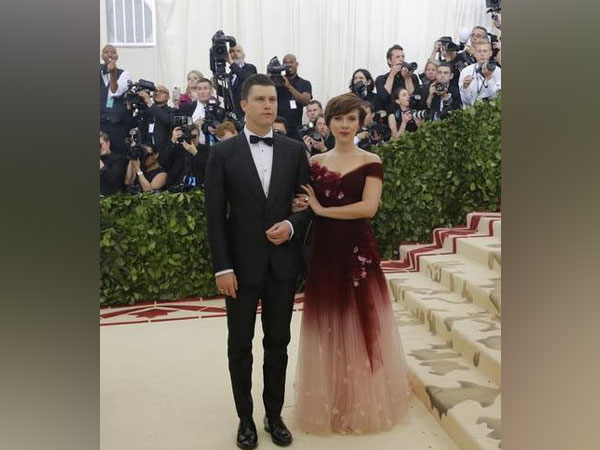 "I'm certainly, obviously, very happy and fulfilled in my personal life," Us Weekly quoted the 'Lucy' actor as expressing in an interview with Elle.
However, Johansson added that she is "also a sum of many parts, and able to access different parts of my story and how I got here."
It seems like she is living the time of her life as "it's all valuable" for her!
Talking about her upcoming outing 'Marriage Story', which she filmed while going through her divorce, she added, "My ability to compartmentalize comes in handy when it's time for things like that."
The 34-year old's next outing is about Nicole, an actor who finds her marriage to Charlie (Adam Driver), a filmmaker, coming to an end.
Johansson's love life with Jost blossomed in May when the latter proposed to the actress after two years of dating.
They first hogged headlines in May 2017 after Johansson and the 'Weekend Update' co-anchor were spotted getting cozy at the Saturday Night Live season 42 finale party.
Since then, the duo has been in news all over. Jost opened up about the 'Avengers' star in an interview with Entertainment Weekly earlier in September 2017.
"She's wonderful. She's working, so otherwise, she'd be here. She's pretty cool. It's hard to have a lot of complaints, she's pretty awesome ... I'm very happy. I feel very lucky," he had said while gushing praise on his lady love.
Prior to her relationship with Jost, Johansson was married to Ryan Reynolds from 2008 to 2011 and French journalist Romain Dauriac from 2014 to 2017, with whom she shares a five-year-old daughter, Rose. (ANI)
ADVERTISEMENT