Selena Gomez's achieves first No. 1 on Billboard Hot 100 with 'Love You to Lose Me' 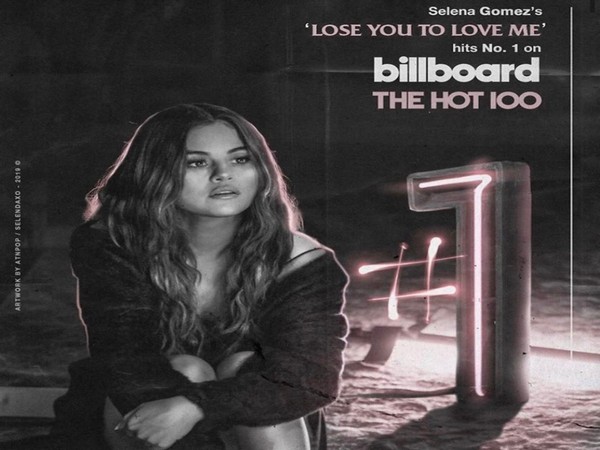 Washington D.C. [USA], Nov 5 (ANI): Selena Gomez's latest single 'Lose You To Love Me' has topped the Billboard Hot 100 chart making it her first song to reach to the the number one position in the coveted list.

The 27-year old clinched her first-ever number 1 position with her latest release which was out late last month. Exuding happiness over the same, Gomez tweeted a still of her and shared that the "song is so dear" to her heart.
"My first number 1!! This song is so dear to my heart. I've been working so hard to make this album as honest and fun as possible while remaining vulnerable enough to share where I am in life," she added.
Moreover, the 'Wolves' singer thanked fans and added, "I love you deeply and thank you so much for listening. I want to thank each and every person that was [a part] of this moment that I'll never forget!" 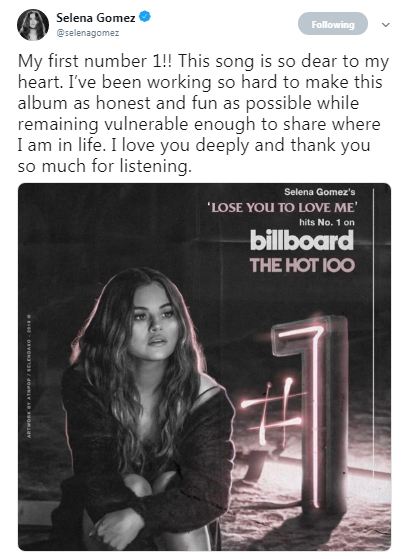 While this is her first at the number 1 position at any chart, Gomez has had her stint at the Hot 100 as a teen in 2009 with her song 'Tell Me Something I Don't Know', which stood at number 58, reported Billboard, as cited by People.
On her career front, Gomez is looking forward to a rendition at the 2019 American Music Awards later this month which would mark her first live television performance in two years.
Earlier, the singer got candid on Apple Music's Beats 1's New Music Daily with Zane Lowe, where Gomez shared that she's feeling more creatively fulfilled than ever after overcoming a difficult period in her life.
"I learned a lot from the last album and I wanted to take what I have learned and turn it into something even better," she told the host.
However, she hasn't confirmed the release date of her forthcoming album yet, the record will be her first solo album since 2015's Revival. (ANI)
ADVERTISEMENT