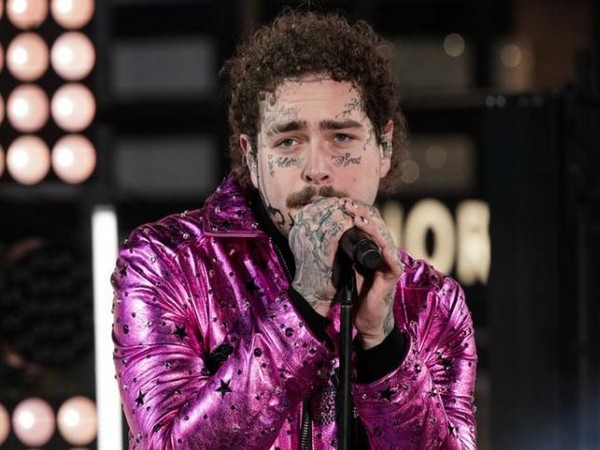 Washington D.C. [USA], Feb 1 (ANI): The continuous downpour in Miami overshadowed rapper Post Malone's pre-Super Bowl show. The event ultimately had to shut down the red carpet and also delay his set until the early morning hours of Saturday.

The weather had also forced the former 'One Direction' member Harry Styles to cancel his show.
Friday night's Bootsy Bellows show promised to be a star-studded event as the Los Angeles-area club's pop-up took over a picturesque island in Miami, with VIP guests slated to arrive by yacht. But relentless rains caused multiple delays and confusion.
Comedian Kevin Hart awkwardly came onstage, while a Dj entertained the crowd, and introduced the rapper Post Malone but in vain.
"Make some noise for my guy Mr. ... what, well that's gonna be a tough pickle," Hart said to someone offstage, before shouting, "I love you," to the audience and walking off," cited The Hollywood Reporter.
Later in the afternoon, the rapper took over the stage and opened the performance with his hit song 'Wow' and stopped later to apologize profusely for the weather.
"I just want to say thank you to everyone who walked through an (expletive) foot of water just to come to hang out tonight," he said, cited The Hollywood Reporter.
Earlier the day, Harry Styles took to Twitter on Saturday to announce, "The fire department would not let us do the show under any circumstances. Please stay safe."
According to Fox News, scores of fans were seen walking out of the concert in ankle-deep water.
The concert management did not give out any immediate word about the refunds for the Styles concert.
The local weather department had warned that severe thunderstorms may hit the area with the possibility of tornadoes, wind gusts, and hailstorms. (ANI)
ADVERTISEMENT