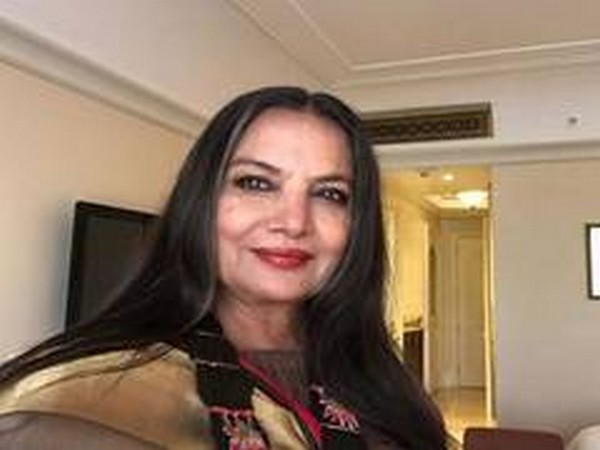 New Delhi [India], Mar 26 (ANI): In an attempt to spill positivity around the 21-day-long nationwide lockdown imposed by the government to curb the spread of coronavirus, actor Shabana Azmi on Thursday recited the poem -- 'And the people stayed home' by Kitty O'Meara.

The senior actor posted a video of her recital of the poem, which spoke of small but significant things that people can do while at home to help in healing mankind and the Earth.
The video that had a radio with 'Tiger Baby Radio' written on it was produced by her daughter and director Zoya Akhtar's production house Tiger Baby Films.
"And the people stayed home. And read books, and listened, and rested, and exercised, and made art, and played games, and learned new ways of being, and were still. And listened more deeply. Some meditated, some prayed, some danced. Some met their shadows. And the people began to think differently," recited Azmi.
"And the people healed. And, in the absence of people living in ignorant, dangerous, mindless, and heartless ways, the earth began to heal," she further recited the poem.
"And when the danger passed, and the people joined together again, they grieved their losses, and made new choices, and dreamed new images, and created new ways to live and heal the earth fully, as they had been healed," the senior actor said. 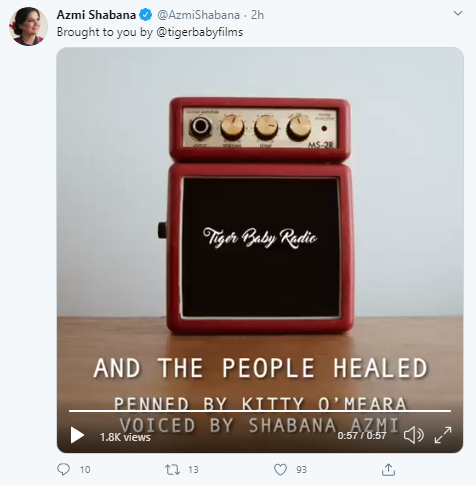 The famous poem penned down by writer Kitty O'Meara has been doing rounds on the internet amid lockdown in different parts of the world prompted by coronavirus outbreak.
According to the World Health Organisation, COVID-19 has globally claimed over 18,589 lives and has affected 4,16,686 people. (ANI)
ADVERTISEMENT