Shabana Azmi salutes husband Javed Akhtar for believing in himself, not giving up 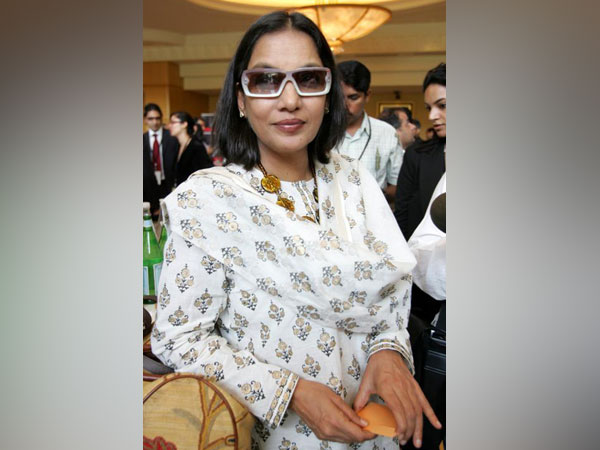 New Delhi [India], Oct 4 (ANI): On this day, about 55 years ago, the renowned lyricist, poet and screenwriter Javed Akhtar began his journey to fulfill his dreams.
His wife and celebrated actress Shabana Azmi opened up about the hardships the lyricist faced and how he did not "give up to adversity".

Taking to Twitter, Shabana recalled that Javed was just 19 when he first arrived in the dream city, Mumbai. He did not have much money but just Rs 27. He slept on the pavement, went without food for four days but he believed in himself and never gave up.
"On this date, 55 years ago a 19-year-old boy got down at Bombay Central Station with 27 rupees in his pocket and dreams in his eyes @javedakhtarjadu slept on pavements went without food for days but belief in himself. A story of not giving up to adversity and dignity. I salute him," she tweeted. 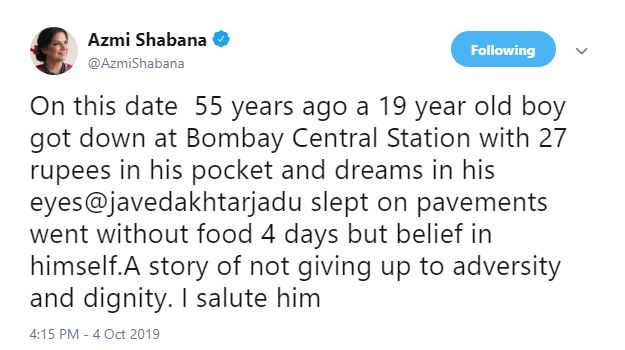 Javed who has written the screenplay for iconic movies like Deewar, Zanjeer, and Sholay along with Salim Khan, has been awarded Padma Shri (1999), Padma Bhushan (2007), the Sahitya Akademi Award as well as five National Film Awards.
Javed married Shabana in 1984 after divorcing his first wife Honey Irani with whom he shares two children, Zoya Akhtar and Farhan Akhtar. (ANI)
ADVERTISEMENT