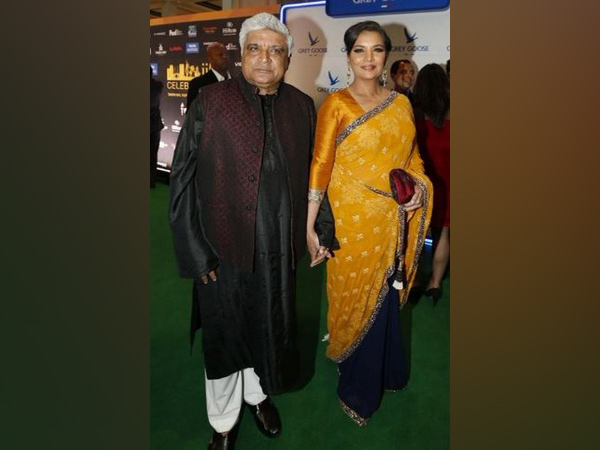 New Delhi [India], Jan 22 (ANI): Days after senior actor Shabana Azmi was injured in a road accident, her husband and legendary poet Javed Akhtar on Wednesday shared an update about her health stating that the veteran actor was recovering well.

Akhtar took to Twitter on Wednesday to thank the cinema fraternity and fans for their concern and messages and shared that she might be shifted to the normal ward from the ICU.
"Our family would like to thank all the friends and well-wishers for their concern and messages for @AzmiShabana. This is to let everyone know that she is recovering well and most probably will be shifted to a normal room tomorrow," read Akhtar's tweet.
Earlier on Saturday, the legendary actor Shabana Azmi met with a road accident on the Mumbai-Pune expressway and was rushed to MGM Hospital.
Later the actor was shifted to Mumbai's Kokilaben Hospital for being administered with a better treatment.
According to doctors, she has suffered a head injury and there is slight damage to the backbone.
The road accident occurred on Saturday afternoon when the car in which she was travelling was hit by a truck.(ANI)
ADVERTISEMENT