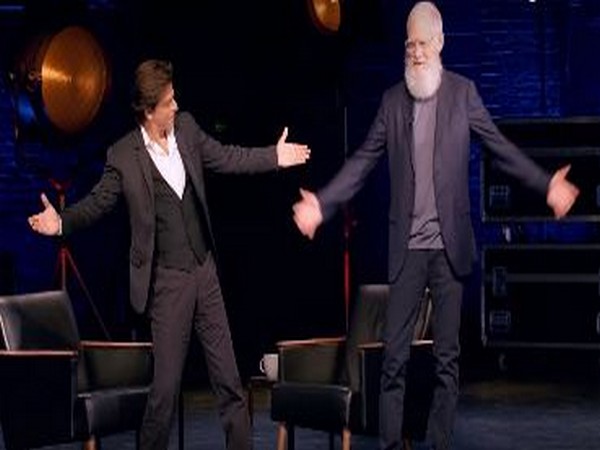 New Delhi (India), Oct 9 (ANI): The excitement of Shah Rukh Khan's fans is soaring through the roof as the actor has revealed the trailer of his appearance in a special episode with popular American TV host David Letterman.

Khan will be appearing as Letterman's next guest on his popular Netflix talk show 'My Next Guest Needs No Introduction'.
The actor on Twitter shared the trailer of the show which has already hosted Malala Yousafzai, Barack Obama and George Clooney.
"The most fun I've had being interviewed. Thank u so much @Letterman for being so gracious and all happiness. U r a gentleman, sir! Also @netflix & @NetflixIndia for having me over at NY," he wrote alongside the video.
While the episode looks all interesting and funny through its trailer, the Bollywood Badshah's entry to the show seems equally exciting.
Introduced as "the most popular movie star in the world" by Letterman, Khan got a rousing welcome with a long round of thunderous applause from the studio audience.
The welcome was such that Letterman had to look at his watch when the audience wouldn't stop applauding for the megastar.
The 53-year-old actor also prepared some Italian delicacies along with ace host who visited Shah Rukh's bungalow in Mumbai on the occasion of Eid this year.
Playing a prank with the actor, Letterman pretends to have cut his finger. Shah Rukh smilingly says, "The scripting was very good. The performance fell short," he said.
In the end, the 'Devdas' actor appreciated the host by saying "For me, it was really wonderful to have met a person of his caliber, of his stature and of course of his talent".
The exclusive interview will launch on Netflix on October 25, 2019. (ANI)
ADVERTISEMENT