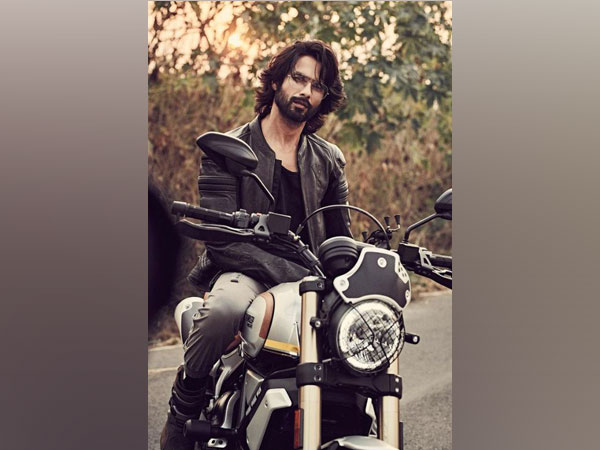 New Delhi [India], January 23 (ANI): Bollywood powerhouse Shahid Kapoor, who was last seen in the 2019 hit film 'Kabir Singh', recently treated his fans to a steaming picture of himself from his Goa trip.

The picture, shared on Instagram on Saturday, features the actor lying shirtless and soaking in the sun. He is also seen flaunting his well-built physique donning black coloured wayfarer sunglasses.
"Sunny side up," he wrote in the caption.

Shahid's wife Mira Kapoor gushed over his stunning picture and dropped a fire emoji in the comments section. The 'Jab We Met' actor had headed to Goa for a vacation with his family earlier this week.
Shahid, who had started his acting career with romantic movies, has been taking up intense roles in the past years. Lately, he has starred in movies like 'Haider', 'Udta Punjab', 'Rangoon', and others, which highlighted his versatility as an actor.
Meanwhile, on the professional front, Shahid will be next seen in the remake of the sports film 'Jersey'. The 39-year-old star will be seen essaying the role of a cricket player in the movie. He had recently wrapped up shooting for it. It also features actors Mrunal Thakur and Pankaj Kapur, among others. (ANI)
ADVERTISEMENT