Shawn Mendes shows off mini-doll version of him, calls it 'super weird' 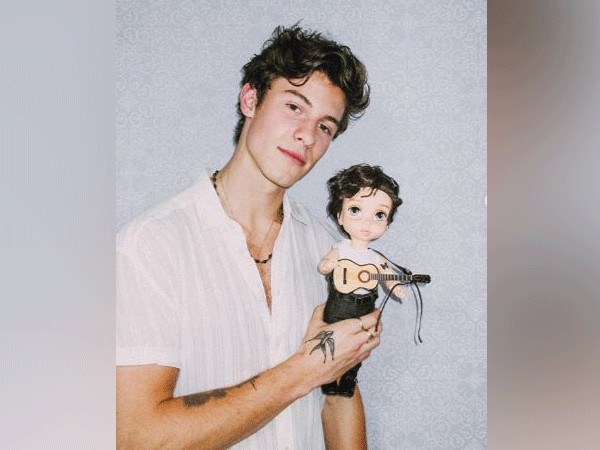 Washington D.C. [USA], Sept 26 (ANI): There's a Shawn Mendes doll on the block and the singer isn't too impressed by it, describing the doll version of him as "super weird."

The 21-year-old singer shared stills of the miniature doll on Instagram.
"Guys they made miniature me dolls!!! Super weird!!!," the "Senorita' singer wrote alongside a series of snaps with the toy.
Although Mendes seems unimpressed by the doll, it looks pretty spot on to us. The little doll includes everything from his signature bangs to a mini guitar and even his butterfly tattoo!
In the first photo, a visibly surprised Mendes stares at the doll, which can be seen sporting the star's iconic look: white tank tucked into black jeans. Just like Mendes, the little doll has tousled brown curls that similarly fall over his forehead and features spot-on replications of the singer's tattoos.

And if that wasn't enough, the doll comes with a mini version of Mendes' guitar, which the singer shows off in the other photos. 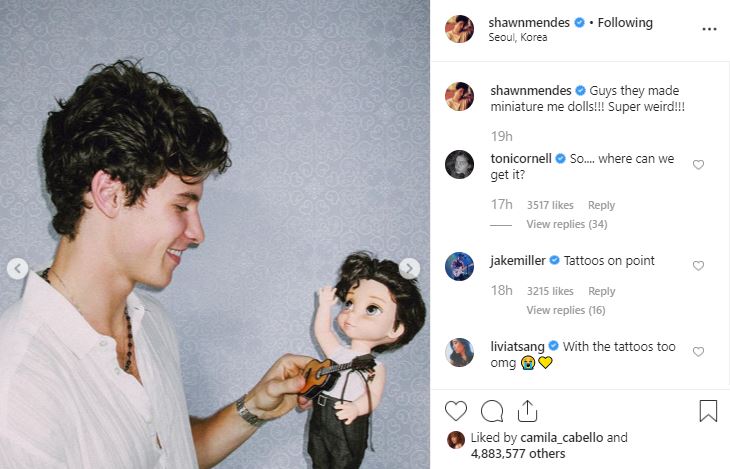 Friends and fans of the singer shared their hilarious reactions to the toy, and some users pointed out that the doll's eye colour appeared a bit off.
"No one is talking about the eye colour," one person commented, referring to the doll's bright blue eyes when Mendes actually has brown eyes.
Internet personality Taylor Caniff asked a more serious question upon seeing post, writing, "Can I at least date the doll version?" and we can relate!
While the singer's doll version may be available for you to own, Mendes seems to be off-the-market! The 21-year-old star is rumoured to be dating singer Camila Cabello.
Just last week the two were spotted exiting the Halloween Club store in West Hollywood, both sporting festive masks, reported People.
The long-time friends have been sparking romance rumours since June when they released the steamy music video for their hit track 'Senorita', which came out just days before Cabello split from life coach Matthew Hussey.
Throughout the summer, the duo has remained private about their relationship status, despite being spotted kissing in public on multiple occasions, including over coffee in San Francisco, in the ocean in Miami, during a date night in Montreal and in Mendes' hometown of Toronto.
Cabello recently broke her silence on their romance in her ELLE cover story and said, "People can say whatever they want to say."
She added, "They can speculate, but at the same time, we are going to live our own lives, enjoy it, and fall for each other like nobody is watching. That is how I want to live. As I said, I want it to be mine and his. That's why I'm so tight-lipped about it: because I want to protect it."
The duo also performed together at the 2019 MTV Video Music Awards in August.(ANI)
ADVERTISEMENT