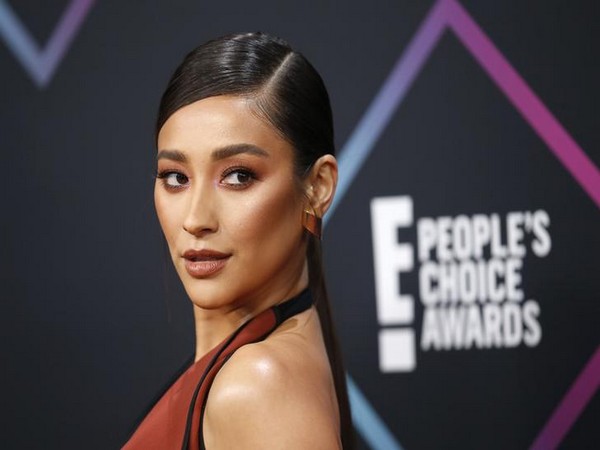 The 32-year-old shared the news that she was expecting when she was five months pregnant already.
"I previously had a miscarriage and that experience gave me anxiety about sharing the news of this pregnancy with anyone outside of our parents," People quoted Mitchell admitting in an interview with maternity lifestyle brand HATCH.
"With the first pregnancy, I was elated and told everyone at eight weeks. However, I wanted to be sure that this second pregnancy would be viable before shouting it from the rooftops, so I hid it for nearly six months and became very antisocial," she continued.
She had no qualms in accepting that during her early pregnancy, she "stayed home to avoid stares and question."
According to the 'Pretty Little Liars' actor, by keeping her pregnancy a secret, she was noticeable putting on weight and got "paranoid" that her team was judging her.
"As long as I can remember, I've heard about postpartum depression. However, to be depressed at the beginning came as a shock," she added.
"I've been fortunate since sharing the news of my pregnancy to have some amazing conversations with other pregnant women and moms and know that all these feelings are 'normal,' so now we just need to normalize them by discussing more openly!" Mitchell added.
What came as a "total relief" for her was announcing the news to the world.
"I was able to come out on my terms in exactly the way that I wanted. I was a little nervous that at some point a photo would be released before I was ready to talk about the pregnancy. I'm so happy it all worked out as I had hoped," she admitted.
In January this year, Mitchell had disclosed that she had a miscarriage.
However, now the actor said she's been feeling great and hasn't struggled with many typical pregnancy symptoms like morning sickness or wild cravings. (ANI)
ADVERTISEMENT