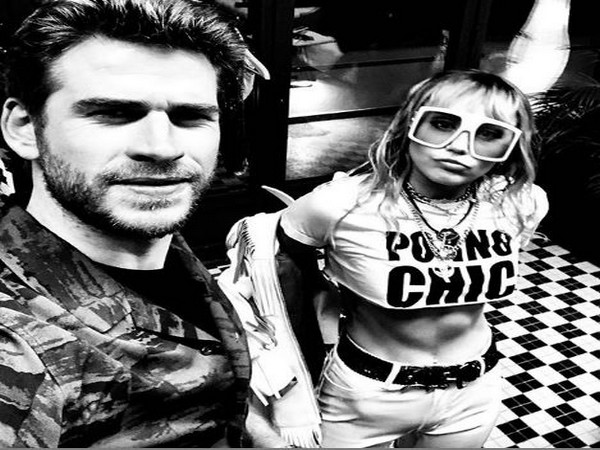 Washington D.C. [USA], Dec 20 (ANI): American singer Miley Cyrus has taken a not-so-subtle jab at her former husband Liam Hemsworth while commenting on her short-lived marriage with the Australian actor.

According to Page Six, an artist with a keen interest in viral projects, named Most Famous Artist (aka Matty Mo), posted on his Instagram bio that he has plans to wed Cyrus in 2020, which unexpectedly prompted a response from the singer herself.

He wrote, "Upping my manifestation game for 2020 and putting this out there."

To which the 27-year old replied: "It probably won't last long. But always down to try, You miss 100 per cent of the shots you don't take."
Matty commented back to a follower by typing, "I'm def making her sign a prenuptial."
After being pictured kissing Kaitlynn Carter on holidays in Italy, Cyrus and Hemsworth revealed their separation in August. Shortly thereafter the actor filed for divorce.
Liam was linked to the 'Dynasty' actor Maddison Brown, but it appears nothing progressed between the pair.
However, Liam sparked off rumours of a romance with Australian model Gabriella Brooks, after he introduced her to his parents Craig and Leonie in Byron Bay, Australia. They got to know each other over a family lunch. (ANI)
ADVERTISEMENT