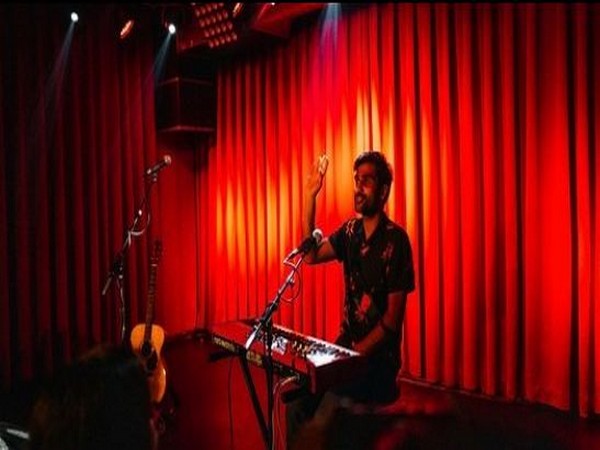 By Shagun Taank
New Delhi [India], Jan 21 (ANI): Pop-singer Prateek Kuhad, who is riding high after his song 'Cold/Mess' featured in Barack Obama's annual playlist for 2019, on Tuesday revealed why the song is special to him and how it became a turning point in his career.

Speaking to ANI about his globally acclaimed romantic track, the singer said that things have been on a steady climb for him since its release.
"First the record itself made some waves locally, and then the music video gave everything a big jump up," Kuhad told ANI.
He added that his intense touring session through 2019 and the final entry of the song into the former US President's playlist further boosted his prospects.
The video of the soulful track, that features Jim Sarbh and Zoya Hussain in the lead, narrates their journey of love, packed with their powerful portrayal of a roller-coaster of emotions.
When asked what lead to the casting of the duo in the video Kuhad said, "Jim and Zoya are both excellent actors and when the filmmakers of the music video - Jugaad Productions - suggested we work with them, I was fully on board."
Speaking about the recipe that went into creating 'Cold/Mess', the 29-year-old independent musician said that the song was born as a result of his personal life experiences and his songwriting craft.
The track that became a massive hit soon after its release was also featured in Former US President Barack Obama's annual playlist for the year 2019 and was the only creation by an Indian musician.
"It validates the work and time I have invested in making this journey from my bedroom to touring across the world over the past few years. 2019 was special in more ways than one, and closing it out with a share by a cultural icon like Barack Obama definitely wrapped the year nicely," Kuhad told ANI.
Further elaborating about how things changed for him post his song's feature in Obama's list, Kuhad said, "I had a pretty amazing end to 2019, with sold-out shows all over the world and especially on home turf in Delhi and Mumbai where we played massive shows that made a lot of noise."
The young musician believes that this one singular event might not move mountains for him but every little thing adds up and thus, it will help him in furthering his career.
When asked about what he feels about his music career and his success, Kuhad said, "I think one never really succeeds- life is a journey and I do have goals, but to be honest when you hit some goals you always revise them to new ones. And that's actually a great thing - keeps me energized and excited about life."
Kuhad performed in 11 cities across India in 2019 as a part of his winter tour 'Supermoon' where he played for close to 30,000 fans.
The singer who recently performed solo during his tour across Europe will soon treat his fans in Bangalore on January 22 at the Manpho Convention Center and on January 24 at Dubai's Rotunda Caesars Palace Bluewaters as a part of the 'Supermoon' event. (ANI)
ADVERTISEMENT