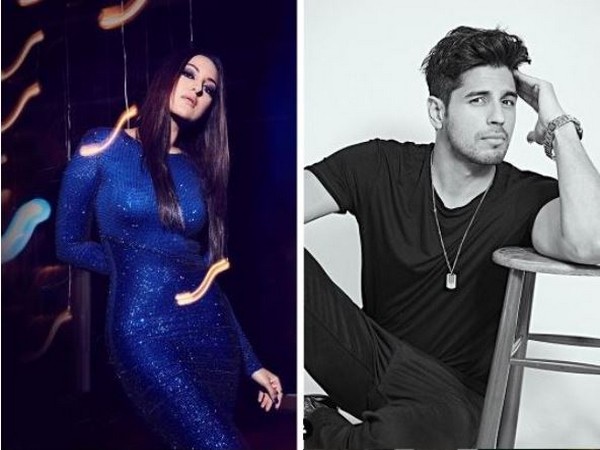 The 32-year-old actor documented Sidharth's birthday by sharing a funny boomerang story on Instagram.
The shared boomerang saw 'Baar Baar Dekho' on one end of the room dramatically forcing some hand power towards the other end, where Sonakshi is seen losing her balance, again in a comical manner.
She added a 'Happy Birthday' sticker alongside, tagging the birthday boy.
The stars have shared the screen space earlier in 2017 for the mystery thriller film 'Ittefaq.'
Apart from Sonakshi, the managing director of T-Series Bhushan Kumar too extended his warm wishes for the birthday boy on Twitter.
"Happy Birthday @SidMalhotra. Here's to an amazing day and a fabulous year ahead!" he tweeted.
On the professional front, Sidharth has two movies up in his list, one being 'Shershaah' and the other 'Jabariya Jodi'
The actor will be seen opposite to Kiara Advani in 'Shershaah,' which is a true story of Kargil war hero, Vikram Batra who died during the Kargil War in 1999.
The war drama is being helmed by Vishnu Varadhan while Karan Johar, Hiroo Johar, Apoorva Mehta, Shabbir Boxwala, Ajay Shah, and Himanshu Gandhi are producing the film.
Meanwhile, Sidharth recently wrapped up shooting for 'Jabariya Jodi' where he will share the screen with Parineeti Chopra. (ANI)
ADVERTISEMENT