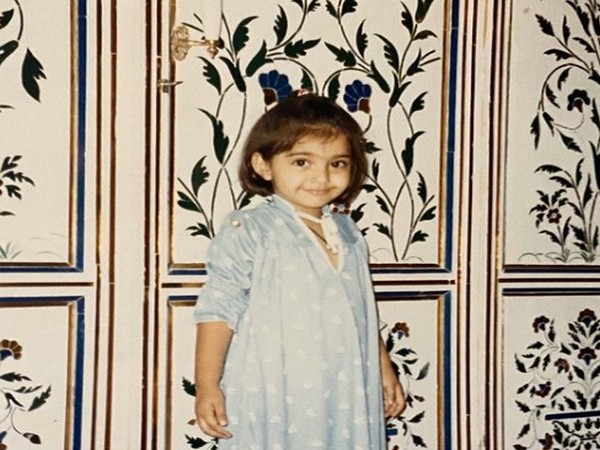 The actor took to her Instagram handle and treated fans with an adorable childhood picture of herself.
In the picture, Sonam could be seen donning a pastel blue dress with her hair styled in a fountain pony, as she posed cutely for the camera.
Sharing the picture, the 'Khubsoorat' actor wrote, "Baby me was cute." 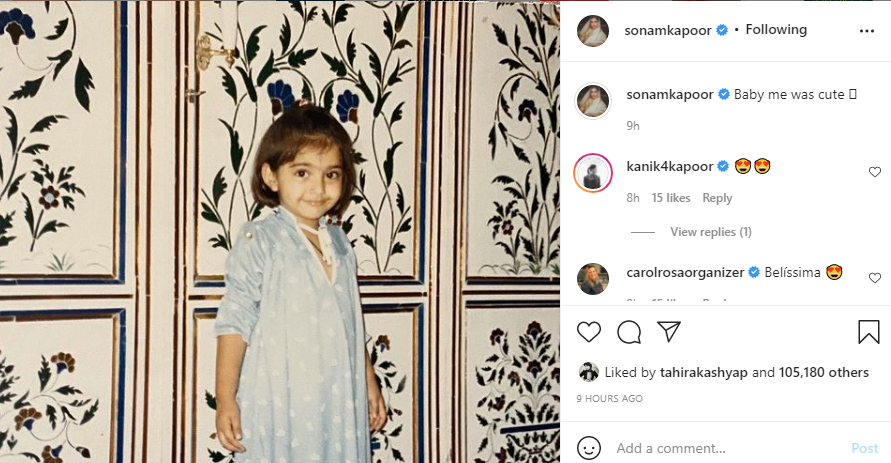