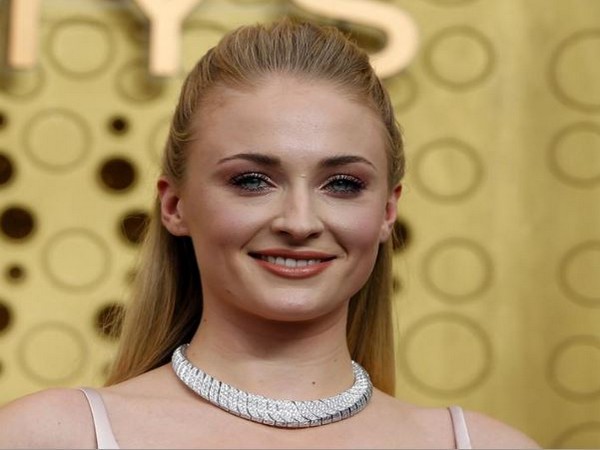 Washington D.C. [USA], Jan 22 (ANI): Sophie Turner recently showed a desire to star in the American comedy-drama television 'Lizzie McGuire', the production of which is currently on pause. She said she wishes to play the role of Miranda if the show continues.

The television show production is currently paused after the show makers parted ways with its showrunner Terri Minsky.
Disney+ confirmed that after shooting two episodes, the revival has been put on hold, cited Fox news.

"Fans have a sentimental attachment to 'Lizzie McGuire' and high expectations for a new series," a Disney spokesperson told Variety.
"After filming two episodes, we concluded that we need to move in a different creative direction and are putting a new lens on the show," the source added.
The 'Game of Thrones' alum documented her sorrow at the show being shelved, by taking it to her Instagram stories and offered herself up as a potential addition to the cast.
"So, the 'Lizzie McGuire' show has been put on hold. I'm obviously devastated like the rest of us, but I'm pretty sure--Like, is Miranda appearing in this season because I'm here. I'm available. I am your new Miranda," the 23-year-old star said in her video clips.
'Lizzie McGuire' people, please reach out to me at 3", she added.
The original role of Miranda Sanchez on the series was played by Lalaine Vergara-Paras.
However, it was noted that the actor was not tapped to reprise her character, and opened the door for the series to move forward.
The comedy television series which began on January 12, 2001, was created by Terri Minsky and premiered on Disney Channel.
American actor Hilary Duff played the titular role.
A return of the sequel was announced in August 2019 and production commenced in October.
The rebooted version of the sitcom will include the familiar animated version of a young Lizzie who offers up comedic, revealing commentary on what 30-year-old Lizzie is thinking, cited Fox News. (ANI)
ADVERTISEMENT