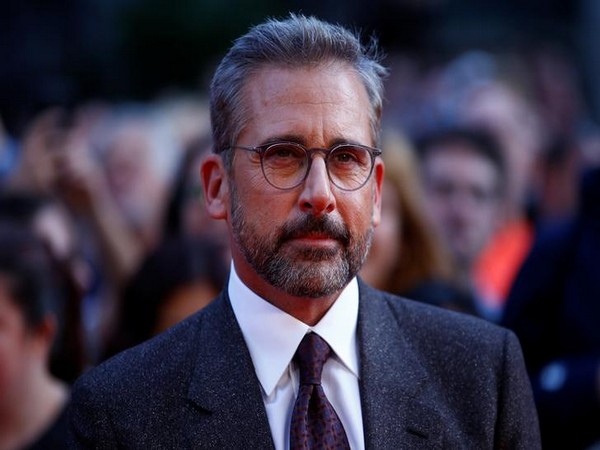 Washington D.C. [USA], Oct 2 (ANI): American actor Steve Carell is reporting for duty in the upcoming Netflix series 'Space Force'.
The streaming platform revealed that the new comedy series went on floors by sharing a picture of Carell. Although the shot doesn't reveal Carell's face as it is taken from behind but it's clear that he's wearing a military uniform.

In the picture, the nameplates on the wall read "Space Force General" and "General Mark R. Naird."
The Netflix Twitter handle tweeted, "In space no one can hear you scream but this show takes place on earth sooooo. STEVE CARELL HAS STARTED FILMING SPACE FORCE." 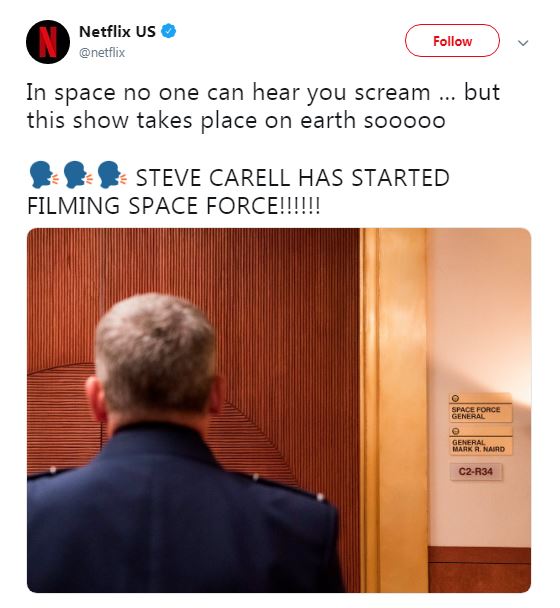 'Space Force' is created by 'The Office' creator Greg Daniels and Carell, reported E! News. It stars Carell as General Mark R. Naird, the man in charge of the people tasked with building a sixth branch of the armed services called Space Force. The idea came after US President Donald Trump announced plans to make such a thing in real life in June of 2018.
The upcoming show will consist of 10 episodes, 30 minutes long each, and has a star-studded cast apart from Carell.
John Malkovich will play Dr. Adrian Mallory, the head science advisor, "brilliant, arrogant, and hoping to prevent space from becoming the next great international battlefield."
Ben Schwartz will portray the role of F. Tony Scarapiducci, "a self-centered media consultant whose Machiavellian goals only sometimes line up with those of Mark or Space Force."
Diana Silvers will essay the part of Erin Naird, daughter of Mark Naird. She was a popular A-student in Washington DC, but after the family moves to a remote military base in Wild Horse, Colorado, she becomes an outcast and turns to delinquency.
Tawny Newsome will star as Angela Ali, an ambitious and competitive helicopter pilot "with secret dreams that she keeps close to the vest."
Recurring guest stars include Jimmy O. Yang as Doctor Chan Kaifang, a brilliant astrophysicist and rocket engineer and Dr. Mallory's right-hand man who immigrated from China as a teen and loves all things American, and Alex Sparrow as Yuri "bobby" Telatovich, a charming observer from the Russian government who's curious about things in Mark's life like his daughter or "the tech specs of the Javelin missile."
The show will launch on Netflix in 2020. (ANI)
ADVERTISEMENT