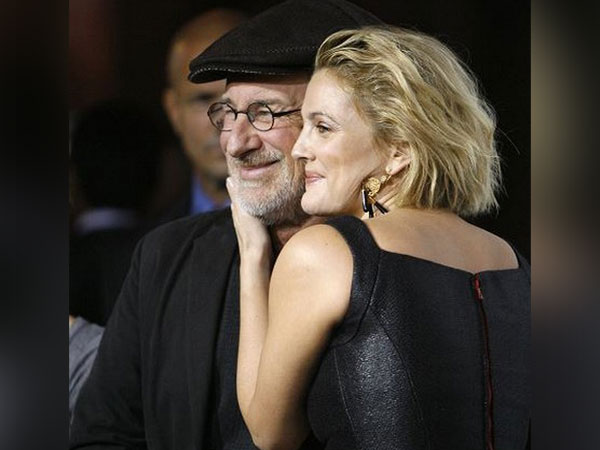 Washington [US], February 23 (ANI): American actor Drew Barrymore had a very special surprise guest on Monday's episode of 'The Drew Barrymore Show' in the form of Steven Spielberg.

According to Fox News, the famed director surprised the 'Charlie's Angels' star with a virtual visit during the episode, dedicated to the star as she turned 46.
Before Spielberg appeared, Barrymore revealed that she was completely unsure of what was coming next on the show before guest Savannah Guthrie introduced a clip of a very young Barrymore gushing over her 'E.T. the Extra-Terrestrial' director in an interview.
After the clip aired, the actor and author became visibly emotional, calling Spielberg "the first person I knew" who "cared."
The actor even more tearful when the director appeared and promised Drew, "I still care about you, I've always cared about you."
During their discussion, Barrymore's 1995 Playboy spread came up, and it was revealed that after she posed for the magazine, Spielberg, sent the actress a quilt that read "cover up."
"Then I sent her the Playboy layout and I had an artist come over and do paper doll cutout clothes which I glued on to all of the partially exposed photographs," he recalled, adding that he "sent the whole thing back to Drew, now she's dressed."
About a week later, Barrymore sent the director "an apology" in the form of a series of pictures of herself dressed as a nun, which he showed off for the audience.
"You always just inspired me to be my best," Barrymore remembered before adding of her daughters, "And then you held both of my girls -- my Olive and my Frankie. Olive, right when she was born, she was so little and she fell asleep on your chest."
She continued: "And then you held Frankie and I'd come over to your house and I'm just so glad to be a part of your life and I love you and you have an incredible family."
Speilberg, who is a dad of six, then shared: "You were my training wheels for fatherhood, Drew."
Barrymore said as she got emotional,"There's no way I'd be sitting here without you. Ever.I love you so much and thank you so much." (ANI)
ADVERTISEMENT