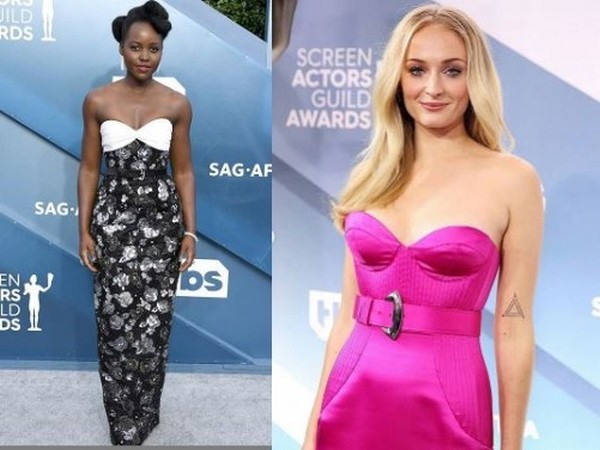 A gathering where stars from the entertainment fraternity flaunt their best can be titled as the birthplace of the newest fashion trend and SAG awards was not an exception.
According to the Hollywood Reporter, from Sophie Turner to Lupita Nyong'o, celebrities donned impeccable belts to complement their attires.
Lupita, who was nominated for outstanding performance by a female actor in a leading role, walked the red carpet in a flower printed off-shoulder dress and a black belt.
Sophie, who appeared in a hot pink dress matched a similar shaded belt with the dress.
Also, 'Stranger Things' star Sadie Sink chose a Gucci look with crystal-embellished trim and belt to complement her glam look and polka dot gown.
From chic belts to trendy sashes, the evening was all about the statement piece. (ANI)
ADVERTISEMENT