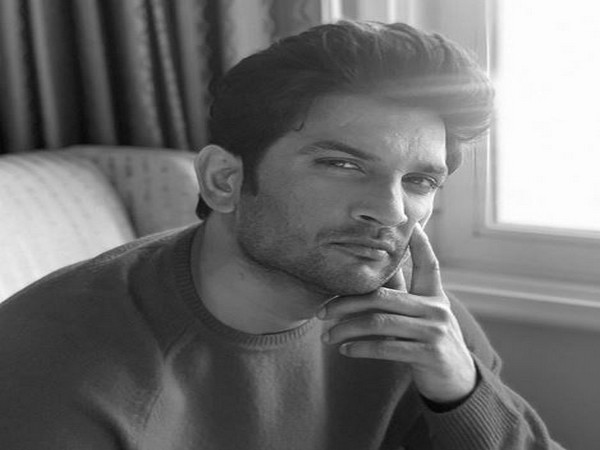 New Delhi [India], Oct 4 (ANI): Actor Sushant Singh Rajput on Friday requested fans and followers on social media to come together in order to help Bihar in overcoming the floods which have battered the state and claimed over 70 lives.

Taking to Twitter, Sushant, who was born in the state's capital, Patna offered his condolences and requested people to offer donations for the flood-affected state.
"Let's please come together in any way possible to support our Bihar to get her out of this unfortunate predicament. May God be with us. Here's the Bihar chief minister's donation fund link I've found that we could use. Jai Hind," he tweeted.

Backing the 33-year-old, Manoj Bajpai, who is also from Bihar, retweeted his tweet and wrote, "For our Bihar. #BiharFlood." 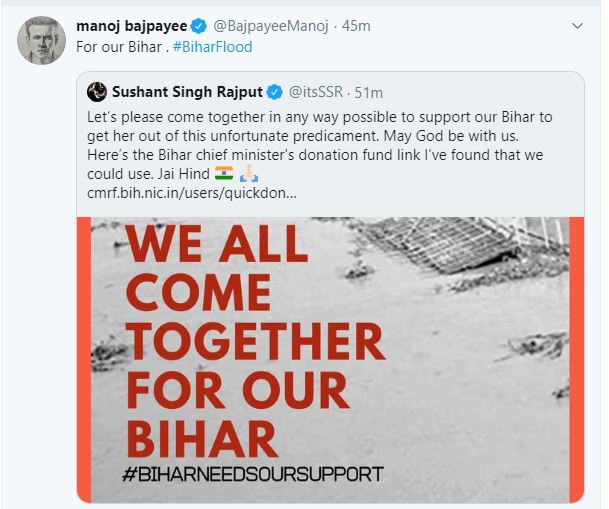 NDRF and Sashastra Seema Bal (SSB) teams have been deployed in the state and are currently carrying out rescue and relief operations.
The Indian Meteorological Department (IMD) on October 2 issued an orange alert for Patna, Vaishali, Begusarai, and Khagaria districts for October 3 and 4, as these areas are expected to receive heavy rainfall.
The state has also taken an initiative of fogging in the flood-affected regions to avoid the spreading of bacteria.
On the work front, Sushant will soon be seen in 'Drive' and 'Dil Bechara'. The film was earlier titled as 'Kizzie Aur Manny' and is said to be inspired by the popular movie 'The Fault in Our Stars'. (ANI)
ADVERTISEMENT