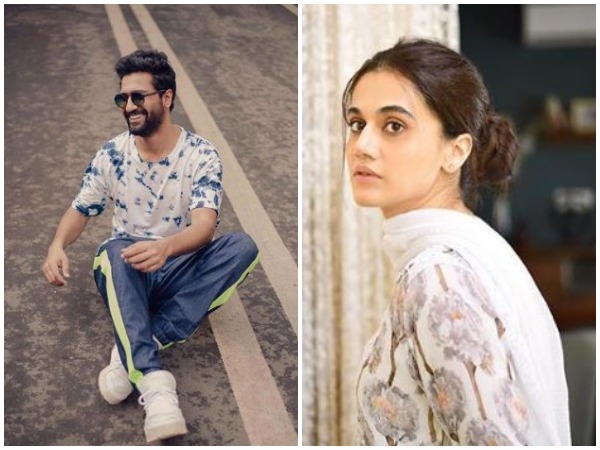 Taapsee replied to Kaushal's Instagram post which included the teaser saying, "I will make sure u watch all horror movies inside a dark room sitting alone if u gonna make all of us watch this !!!!! What the hell!!"
In the teaser, Kaushal is seen exploring a dark abandoned place with a torch in his hand.
Walls stained with blood emerge and in one place Kaushal is seen looking at a wall where he finds an image of his face plastered with blood-soaked handprints.
The teaser ends with several hands emerging from the wall behind Kaushal and pulling him in as he struggles to escape. The film features Kaushal and Bhumi Pednekar in central roles.
Both Taapsee and Vicky are busy with their respective upcoming releases. While Taapsee's 'Thappad' is scheduled to hit the screens on February 28, Vicky's release will spook the audience on February 21. (ANI)
ADVERTISEMENT