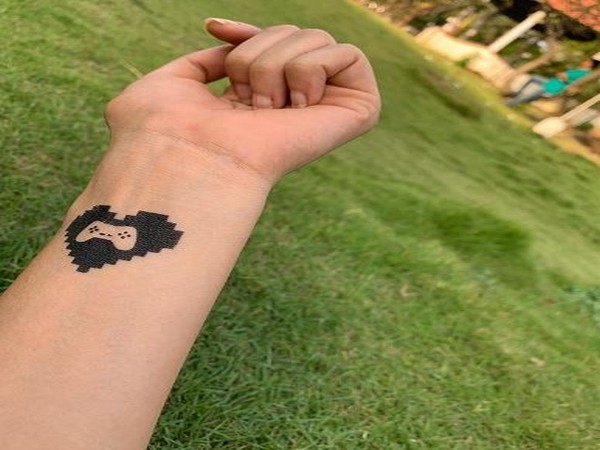 New Delhi [India], May 20 (ANI): Showcasing her temporary tattoo and reminiscing the first day of shoot on her 2019 flick 'Game Over,' actor Taapsee Pannu on Wednesday shared yet another throwback picture featuring a gaming console, that she made especially for the film.

The 32-year-old star put out the picture on Instagram of the tattoo that shows a gaming console within a black heart. The 'Sand Ki Aankh' star also penned the memories associated with the inked art and the first day of the shoot. She wrote, "First day on the set of #GameOver and this tattoo became the annoying take away for me n for everyone who saw the film."
The 'Naam Shabana' star also noted her love for tattoos and talked about maintaining the temporary ones. She said, "I love tattoos personally so I get really excited about getting tattoos done for films but since they r the temporary ones maintaining them becomes a pain especially in the humid Chennai weather." 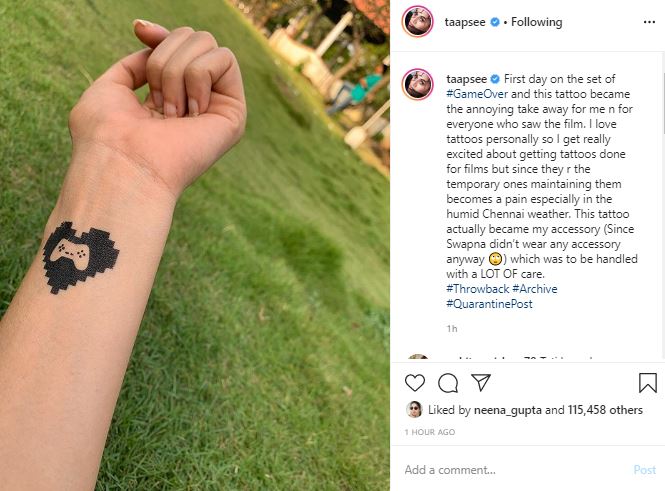 Pannu shared that the tattoo became an accessory for her in the film as her character Swapna didn't ever wear one, and she remember handling it with 'a lot of care'. She wrote, "This tattoo actually became my accessory (Since Swapna didn't wear any accessory anyway ) which was to be handled with a LOT OF care.#Throwback #Archive #QuarantinePost."
The post received more than 1 lakh likes from fans and celebrity followers including Neena Gupta
Lately, the 'Thappad' star has been sharing many throwback pictures as she earlier announced on Instagram that she will be posting a series to refresh some memories during the coronavirus lockdown.
Earlier, the actor dug out a throwback picture showcasing the immense response received by her romantic drama flick 'Manmarziyaan' at the Toronto International Film Festival, (ANI)
ADVERTISEMENT