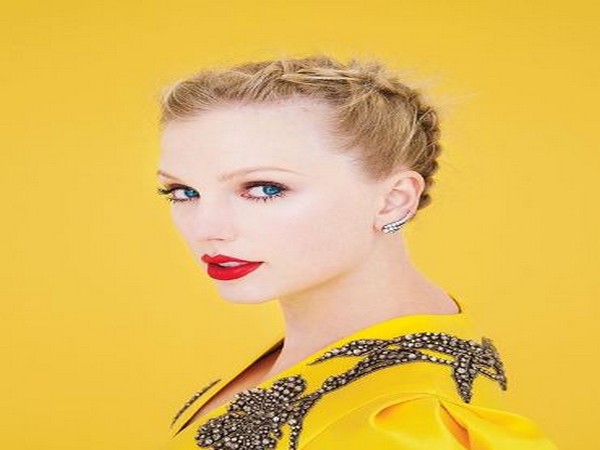 Washington D.C. [USA], Dec 2 (ANI): Without holding back, Taylor Swift talked about her life as a celebrity and the importance of owning one's own content amid her clash with Scooter Braun.

During her interview with British Vogue in January the singer discussed making the track 'Beautiful Ghosts' for the cinematic adaptation of 'Cats,' with Andrew Lloyd Webber who originally composed the song in 1981, reported Us Weekly.
"I think [writing] is really important - also from the side of ownership over what you do and make," Swift told Webber. "Even if you aren't a natural writer, you should try to involve yourself in the messages you're sending," she said in the interview which was released recently.
She went on to narrate the experience of recording her new album 'Lover' with same amount of intensity and passion that she brings to her live performances.
"I was really singing a lot at that point - I'd just come from a stadium tour, and then did Cats, which was all based on live performances - so a lot of that album is nearly whole takes," the singer revealed.
"When you perform live, you're narrating and you're getting into the story and you're making faces that are ugly and you're putting a different meaning on a song every time you perform it," added the 'Love Story' crooner.
This came months after her feud with Braun and Big Machine Records CEO Scott Borchetta over the use of her old songs and the ownership of her masters.
Back in November, Swift accused the 38-year-old businessman and Borchetta of prohibiting her from singing her own songs at the 2019 American Music Awards and in an upcoming Netflix documentary.
"I've been planning to perform a medley of my hits throughout the decade on the show," Swift wrote via her Instagram Story on November 14. "Scott Borchetta and Scooter Braun have now said that I'm not allowed to perform my old songs on television because they claim that would be re-recording my music before I'm allowed to next year."
She added that she "strongly" believes that speaking about the issues could change the situation for other artistes. "I just want to be able to perform MY OWN music. That's it," she added.
Braun broke his silence on the matter while speaking at the 2019 Entertainment Industry Conference on November 21.
He explained that he refused to add "to the narrative," even if that means he'll be "the bad guy." (ANI)
ADVERTISEMENT