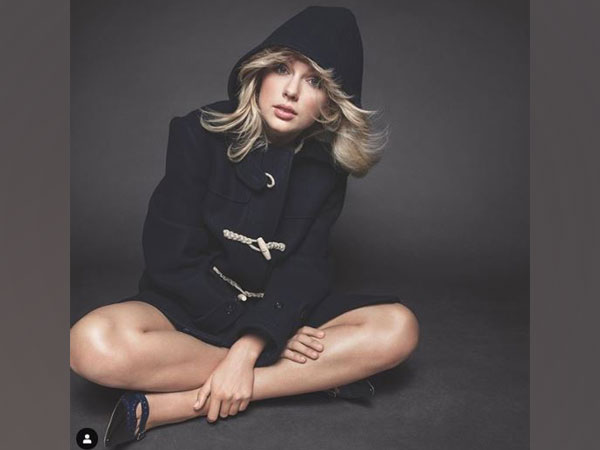 Washington D.C.[USA], Aug 12 (ANI): American pop-star Taylor Swift who won the first-ever 'Icon Award' at the Teen Choice Awards on Sunday spoke about gender inequality and gave advice to her young fans while accepting the award.

According to The Hollywood Reporter, professional soccer player Alex Morgan presented the award to Swift.
Before Swift stepped on the stage to accept the award, clips of her performance during the Reputation Stadium Tour and brief interviews with Hayley Kiyoko, Ed Sheeran, Haim, Troye Sivan, Wiz Khalifa, and Jameela Jamil praising Swift were played.
"First I want to talk about Alex Morgan. The fact that she's here presenting this to me is such an honour and not only winning the World Cup with her amazing teammates, right?" the 29-year-old singer began during her acceptance speech.
"While they were winning the World Cup, they were also taking a historic stand in terms of gender equality. Gender pay gap. Please, please, please support her and her teammates because this isn't over yet. It's not resolved," she added.
The 'Love Story' singer then inspired the viewers to indulge online and discuss gender inequality. "Let people know how you feel about it because what happened to them is unfair. It's happening everywhere and they are heroes and icons for standing up," Swift continued.
She also took a minute to address her fans in her thanking speech. "I love loving you. You are just the most amazing, generous people. Thank you for giving me the life that I have," she said.
"Every single minute of every single day I know that you're the reason that I have the life I have and that I get to do what I love doing."
She concluded by sharing some advice with her teenage fans. "I think one thing that I wish I would've known as a teen is that mistakes are inevitable," she said.
"I think that, you know, sometimes you think if you try hard enough to make every decision perfectly, you think you can possibly ace life and never make any mistakes but it's normal to make mistakes and I just want you to know that if you're out there and you're being really hard on yourself right now for something that's happened or messing up or feeling embarrassed, it's normal. That's what's going to happen to you in life. No one gets through unscathed. We're all gonna have a few scratches on us." (ANI)
ADVERTISEMENT