Thank you my friend: Rajinikanth to Bear Grylls 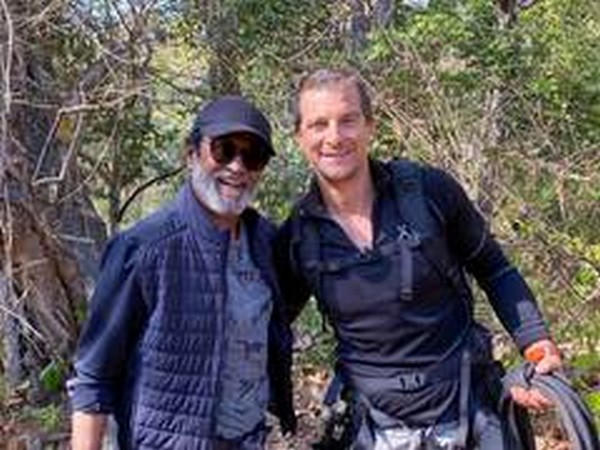 New Delhi [India], Mar 23 (ANI): As his debut television show 'Into the Wild' with British adventurer Bear Grylls made it to the small screens, southern superstar Rajinikanth on Monday thanked Grylls for the experience.

The much-awaited episode was telecasted on Discovery Channel on Monday at 8 pm.
The Thalaiva took to Twitter to urge his fans to watch the show and also thanked his "friend" Bear Grylls for the show.
"One of the most adventurous experiences of my life !! Hope you all enjoy watching this show as much as I did being on it !!!#IntoTheWildWithBearGrylls @BearGrylls thank you so much my friend @DiscoveryIN," tweeted Rajinikanth.
In January, Rajinikanth suffered minor injuries while shooting for the special episode of 'Man vs Wild' Bandipur forest in Karnataka.
After Prime Minister Narendra Modi, Rajinikanth becomes the second Indian personality to be featured on Grylls' survival show.
The episode with Prime Minister Modi was aired last year in August and became quite an attraction among viewers. (ANI)
ADVERTISEMENT