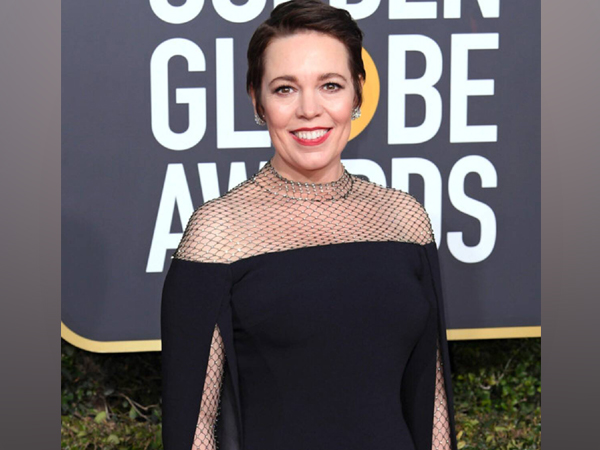 Los Angeles (California) [US], September 20 (ANI): English actress Olivia Colman has just taken home an Emmy for 'Outstanding Lead Actress In A Drama Series' for her portrayal of Queen Elizabeth II in the Netflix period drama series 'The Crown'.

For her portrayal of Queen Elizabeth II, Colman has already received a Golden Globe Award and a Screen Actors Guild Award. With this Emmy, 'The Crown' bagged its fourth award of the night.
The fourth season of 'The Crown' covered the time span from 1979 to the early 1990s and it included Margaret Thatcher's tenure as prime minister and Lady Diana Spencer's marriage to Prince Charles.
Netflix's hit show 'The Crown' kept on continuing its winning run at the ongoing Emmys as the drama series bagged another award with Gillian Anderson taking home the accolade for 'Outstanding Supporting Actress In A Drama Series'.
Earlier, Award-winning director from New Zealand, Jessica Hobbs won an Emmy for 'Outstanding Directing For A Drama Series'. Hobbs directed the Season 4 of Netflix's hit show 'The Crown'.
Peter Morgan also won an Emmy for 'Outstanding Writing For A Drama Series' for Netflix's 'The Crown'.
The 73rd Primetime Emmy Awards are being held at the Event Deck at L.A. Live in Downtown Los Angeles, California. The nominations were announced on July 13 this year by Ron and Jasmine Cephas Jones during a virtual event.
The ceremony is being hosted by Cedric the Entertainer. (ANI)
ADVERTISEMENT