The Weeknd still boycotting Grammys despite changes in voting rules 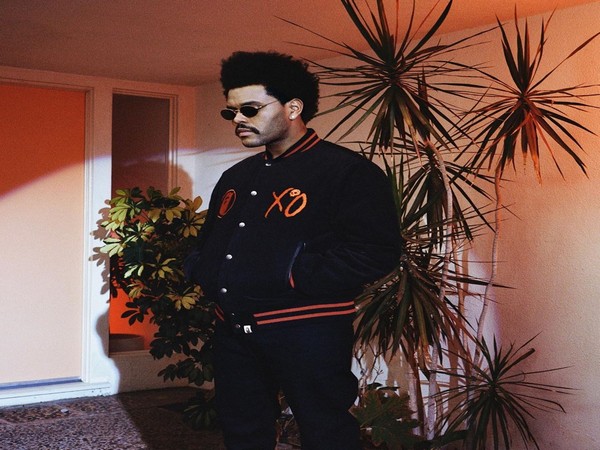 Washington [US], May 4 (ANI): American singer and songwriter Weeknd opened up on the recent changes in the voting rules announced by the Recording Academy on Friday. The pop star doubled down on his decision to boycott the Grammys after being shut out of all nominations for the 2021 awards.

According to Fox News, the 'After Hours' performer had one of the biggest albums of the year, which netted The Weeknd the most-streamed single of the year with 'Blinding Lights' and a Super Bowl LIV Halftime performance to boot.
So, he and his team were none too thrilled with their current standing in the eyes of the Recording Academy despite the organization eliminating "secret" nomination-review committees that decide who gets a shot at a trophy.
"The trust has been broken for so long between the Grammy organization and artists that it would be unwise to raise a victory flag," he told Variety, adding that the recent move does mark "an important start."
He continued, "I think the industry and public alike need to see the transparent system truly at play for the win to be celebrated, but it's an important start. I remain uninterested in being a part of the Grammys, especially with their own admission of corruption for all these decades. I will not be submitting in the future."
The 10-time nominee has previously won three Grammys, a best urban contemporary album for 'Starboy' in 2017, and in 2015 he won best RandB performance for the song 'Earned It' and best urban contemporary album for 'Beauty Behind The Madness'.
He has been among many big names and performers who have criticized the Grammys for a lack of diversity within the ranks of decision-makers. Nicki Minaj and Justin Bieber have also voiced frustration over the nomination process.
Among the notable changes is the elimination of the nomination review committees, long regarded as secret committees that have been accused of hurting the chances of nominations and wins by artists.
The academy said in a statement, "Nominations in all of the GRAMMY Award general and genre fields will now be determined by a majority, peer-to-peer vote of voting members of the Recording Academy. Previously, many of the categories within these fields utilized 15-30 highly skilled music peers who represented and voted within their genre communities for the final selection of nominees."
The Weeknd's manager, Wassim "Sal" Slaiby added to Variety that he is proud of the performer for standing on his conviction in his choice to withhold his music from Grammy consideration moving forward. (ANI)
ADVERTISEMENT