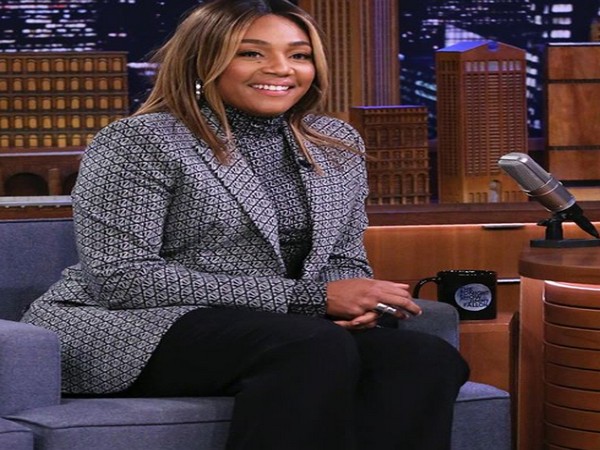 Washington D.C. [USA], Dec 2 (ANI): American actor and comedian Tiffany Haddish is making her bid for hosting the 2020 Oscars. During Sunday night's (local time) episode of 'The Tonight Show Starring Jimmy Fallon', the star revealed what the Academy Awards would look like if she were to host.

E! Online reported the 39-year-old actor as saying, "I would have it hot.It would be so much fun. We would have twerk contests and everything. Yeah, I would get (American actor) Meryl Streep up there to twerk with actor Susan Sarandon. You know, it would be crazy."
After addressing the rumours that she is slated to host the big event, Tifanny also announced that she will like to do the honours to host the Oscars if she had Jimmy by her side.
The comedian also asked the late night host, "If you did it with me, I would do it, Like, I don't want all that pressure on me. 'Cause imma lose my hair and then imma have to really wear wigs all the time. It's too much stress, you know?"
The 'Last Black Unicorn' author said that she'd be willing to put all of that aside under one condition. "I mean, unless they paid me, like, a lot of money," Tiffany continued. "Then I would be like, 'It's worth it!'"
Later on the show, The duo bared it all for a round of a special section named 'Storytime with Tiffany Haddish: Holidays,' where they shared their most embarrassing holiday stories with 'the Tonight Show' audience.
Jimmy, who took the first turn recalled an embarrassing dinner with his mom during his 'Saturday Night Live' days. Of course, the family outing did not go as planned.
He began the story,"She takes a bite and she [starts choking] and I go, 'Oh no, no, are you choking?!'" "And then a woman from the other end of the restaurant runs over and she goes, 'I'm a nurse!' and starts knocking tables over."
"And then she gets to my mom and gives my mom the Heimlich," Jimmy continued. "And this lamb ball comes flying out of her mouth...and I looked at her and I go, 'Thank your for not embarrassing me.'"
On her part, Tiffany shared a Christmas story from her childhood that took a dark turn.
"So we all went to bed and the next day, we wake up and there's a tree in the living room and there's toys everywhere," she explained. "And me and my sister are like, 'Oh my god, this is so cool!' And we-I got a bike...So, and then, like, a week later, we got an eviction notice. So, boo Christmas." (ANI)
ADVERTISEMENT