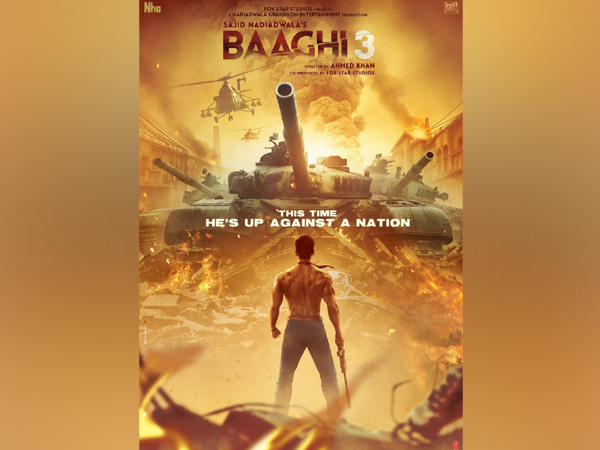 The 29-year-old actor shared the poster in a Twitter post with a caption that reads, "Against his strongest enemy, His greatest battle, Up against a nation, RONNIE is back! #Baaghi3 trailer out on 6th Feb, Thursday." 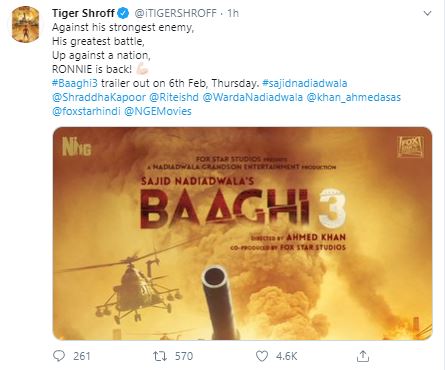 In the poster, Tiger is seen facing a tank with a rifle in his hand. The subhead to the poster reads "This time he is up against a nation" giving a hint about what Ronnie (Tiger) has to deal with in Baaghi 3.
The trailer for the flick will be released on February 6, 2020.
The 'War' actor has been showcasing his toned physique in his Instagram posts while shooting for the flick, which is happening in different locations including Jaipur.
In the movie, the actor is paired with Shraddha Kapoor like its first installment. The movie also features Riteish Deshmukh.
It is helmed by Ahmed Khan and is expected to release in March 2020. (ANI)
ADVERTISEMENT