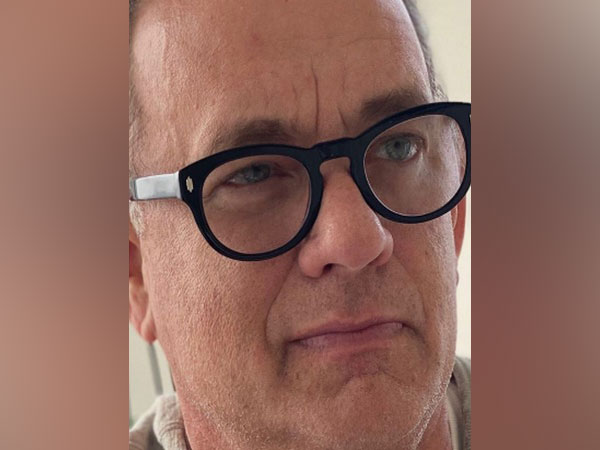 New Delhi [India], Mar 16 (ANI): Days after being tested positive for the novel coronavirus, actor Tom Hanks kept his promise of keeping his fans well posted on social media as he shared a new insight from his quarantine recently.

The actor who was diagnosed with coronavirus disease 2019 (COVID-19) took to Instagram to share a new picture with his fans in which he could be seen feeling like one of his iconic on-screen characters of TV personality Fred Rogers.
Hanks shared the picture of a plate of toasted bread with a spread of vegemite on it and a glass of water.
For enhancing the aesthetics of the picture, Hanks kept a kangaroo having an Australian flag in the frame.
"Thanks to the Helpers. Let's take care of ourselves and each other. Hanx," the 63-year-old actor captioned the post.
The caption could be seen as a reference to his character or Mr Rogers who used to say that this mother always told him to look for helpers during times of crisis. 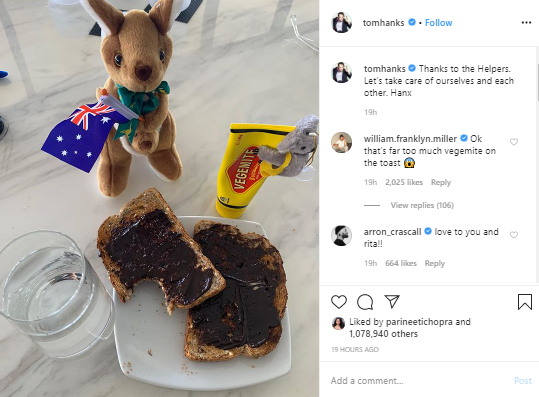 The 'Forrest Gump' actor was recently tested positive for the highly contagious virus along with his superstar wife Rita Wilson and has since then been in quarantine.
The star couple seems to be enduring their isolation after testing positive for COVID-19 in Australia's Queensland with good cheer.
Australia has reported a total of over 130 cases of coronavirus across the country.
Hanks and wife Wilson were in Australia where the Academy Award-winning actor was filming an untitled Baz Luhrmann film.
Hanks was filming for the role of Colonel Tom Parker, Elvis Presley's eccentric manager, who groomed the famous singer to stardom in the 1950s. (ANI)
ADVERTISEMENT