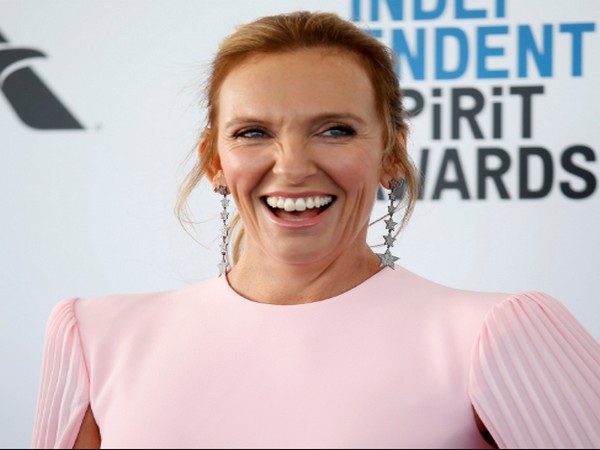 Washington [US], October 14 (ANI): Oscar-nominated actor Toni Collette has been cast to play a reluctant mob boss in 'Mafia Mamma', an action-comedy about a suburban mom who unexpectedly inherits her grandfather's Mafia empire.

According to Variety, for 'Mafia Mamma', Toni will channel her comedic roots as Kristen, a mom who unwittingly finds herself as the new boss of the fiercest Mafia family in Southern Italy.
The logline, obtained by Variety read: "Kristin is facing a slew of challenges. Her only son is desperate to leave for college, her boss is a sexist pig, and she just caught her unsuccessful, musician husband (Huebel) cheating with a groupie. That's when she receives a life-changing phone call from Bianca (Bellucci), her estranged grandfather's trusted consigliere, telling her he is dead and she must attend the funeral in Italy."
"Egged on by Jenny, her outspoken best friend, and lawyer, Kristin is persuaded this is exactly what she needs -- a free trip to Europe full of pasta, wine, and beautiful men. The trip gets off to a perfect start but when her grandfather's funeral explodes into a bloody gunfight, she finally learns the truth. Kristin isn't just there to meet the family, she is there to be the new boss of the fiercest Mafia family in Calabria," the logline continued.
'Twilight' director Catherine Hardwicke is donning the director's hat for 'Mafia Mamma'. This project will also mark a second collaboration between Catherine and Toni, who previously worked together on the emotional comedy 'Miss You Already' starring Drew Barrymore.
"I couldn't be more excited to make this film with Catherine and the team. It is pure, fish out of water fun with a firm feminist backbone. I think we could all handle an uplifting, laugh-out-loud story like this right about now. Bring it on Italy!" Toni said in a statement.
Catherine also shared her views on collaborating with Toni for the second time. "Toni is one of the most versatile actresses on the planet -- she can be intensely emotional, super-sexy, and LOL hilarious."
The 'Thirteen' director said that she believes Toni is going to dazzle as Kristin in the movie.
"And I personally relate to this woman who has to tap into her inner warrior and earn the respect of a bunch of men -- especially after working in the film business. This story is empowering in the most fun way!" Catherine added.
According to Variety, the movie is expected to begin production in Italy in late spring 2022.
Debbie Jhoon and J. Michael Feldman have written the screenplay for the film that will also feature 'The Matrix Revolutions' actor Monica Bellucci and 'The Descendants' fame Rob Huebel in key roles.
Variety reported that Cornerstone will handle international sales and distribution, commencing sales at the American Film Market. CAA Media Finance is overseeing the US sale for the movie.
Toni Collette will also serve as a producer for the movie under her Vocab Films banner together with Sthers through Idea(l) and New Sparta Production's Christopher Simon. (ANI)
ADVERTISEMENT