Trailer of action thriller 'Malang' out! 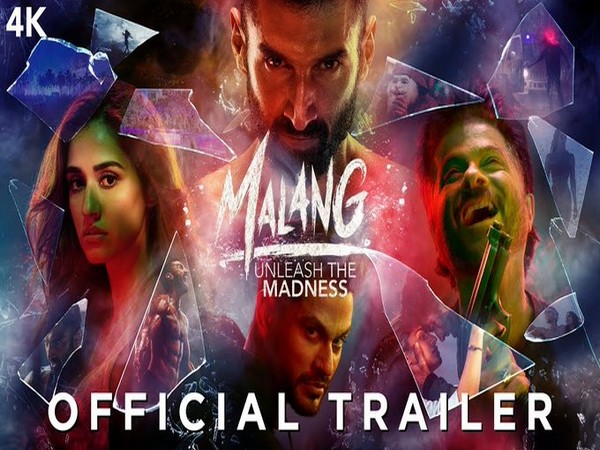 After teasing the audience by sharing multiple character posters from the action-thriller 'Malang', the makers of the movie finally dropped the much-awaited trailer on Monday.

Anil Kapoor, who is playing a lead role in the movie, hopped on to Twitter and shared the passion gripping trailer and wrote, "Unleash The Madness, #MalangTrailer Out Now."

The action-filled trailer is a journey of two love-birds Aditya Roy Kapoor and Disha Patani who travel to places. The two-minute-forty-five-seconds trailer looks like a good blend of romance and action, Disha Patani is certainly a major attraction. The high points of the trailer are flawless looks and chemistry between the two leads. The action-packed trailer also features Anil Kapoor and Kunal Kemmu. 'Malang' trailer is packed well with romance, action, drama, and thrill, the trailer is sure to make the audience stay glued to their screens.

Earlier the makers drooped the intriguing character posters featuring the lead actors. In the character poster, Aditya Roy Kapur was seen flaunting his extremely lean and chiselled body with his arms stretched out as he lets out a huge roar. Disha Patani shared an all pink character poster, while Anil Kapoor in his character poster is seen holding a gun in his hand. Kunal Kemmu, on the other hand, had an intense look in the poster.
The revenge drama, directed by Mohit Suri, is set for release on February 7.