Trevor Noah sings in solidarity with Italy, and it didn't go well 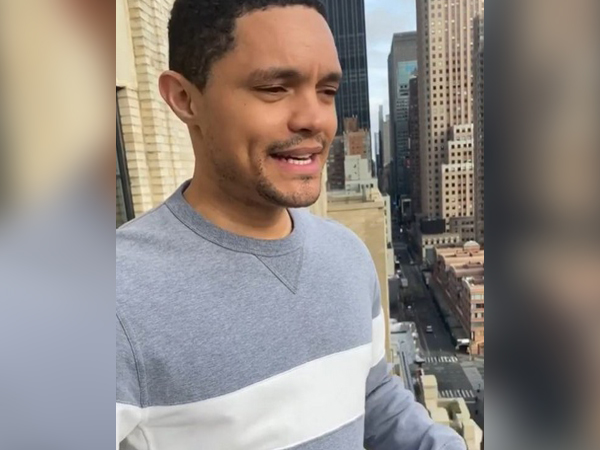 New York [USA] Mar 17 (ANI): Inspired by the Italian folk who have been singing and jazzing up in their balconies as the whole country is put under lockdown amid the COVID-19 crisis, standup comedian and TV show host Trevor Noah attempted to do something on similar lines, though with limited success.

The funnyman posted an Instagram clip of himself standing in a balcony overseeing the busy New York streets.
In the video, he began by saying that "I've been inspired by Italy and I figure, why don't we do this in New York. We are also neighbours out here, let's be together".
Once Noah is done talking, he proceeds to sing. However, just after a couple of lines and the comedian is hurled with expletives by someone who tells him to "shut up", after which the brief performance comes to an abrupt end.
The rib-tickler scored more than half a million likes in just a few hours over the post. (ANI)
ADVERTISEMENT