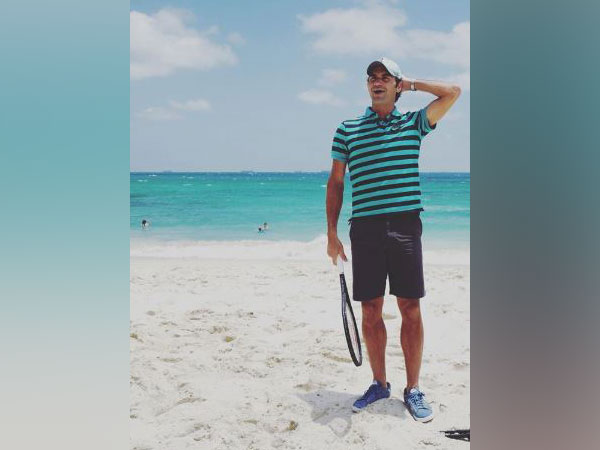 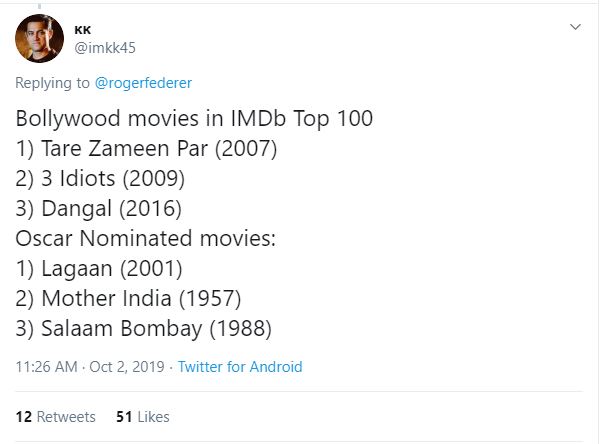 Whereas others suggested him to check out 'Gully Boy' which was recently selected as India's official entry for Oscar Awards. 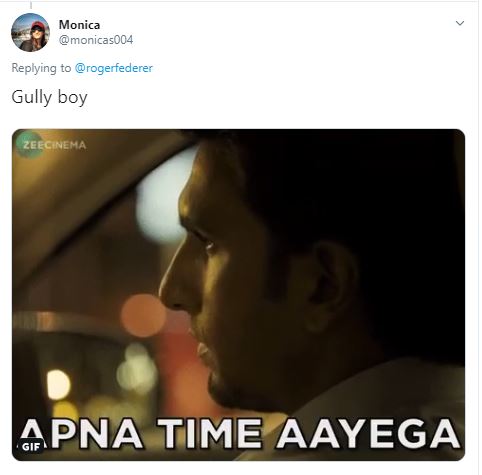 Most of the player's fans and followers recommended him popular sports dramas like 'Chak De! India', 'Dangal,' 'Bhaag Milkha Bhaag,' 'Lagaan' and 'Sultan'. 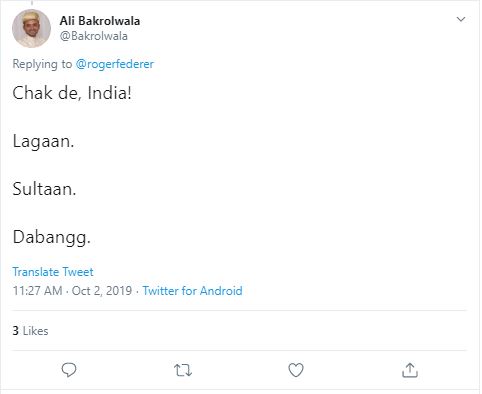 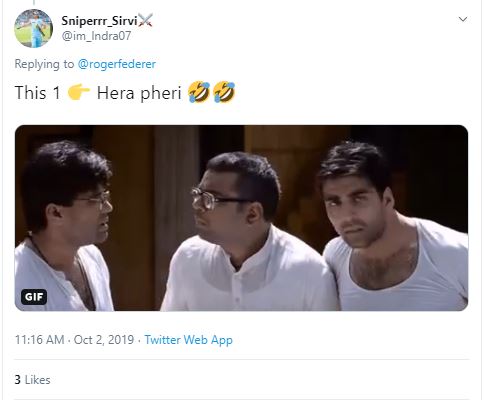 At the time of publishing, his tweet asking for B-town suggestions had clocked 2.9k replies, 1.1k re-tweets and 8.1k likes. From gifs of movies like 'Padmavat' and '3 idiots', fans also send out memes to the tennis sensation.
Federer also quoted some tweets to post replies. "Thanks," wrote the 38-year old, to a fan who listed 'Sholay', 'Lagaan', 'Jodha Akbar' and 'Dangal' as movies he could watch.
(ANI)