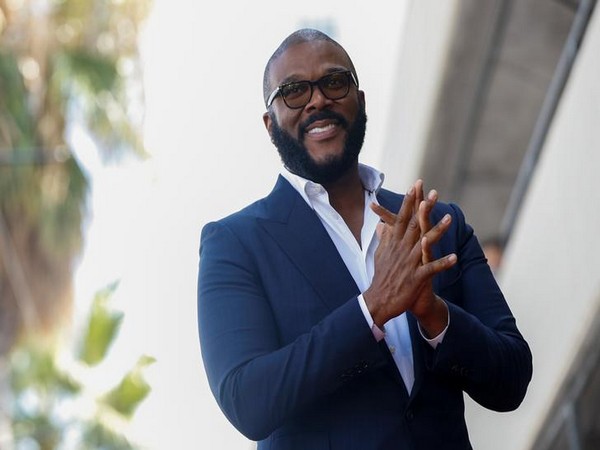 Washington D.C. [USA], Oct 7 (ANI): American actor-director Tyler Perry knows his worth even if the film industry doesn't see it.
Perry made history on the weekend with the grand opening of Tyler Perry Studios in Atlanta.

It's larger than the Burbank's Warner Brothers, Walt Disney Studios and Paramount combined, reported People.
And even though he has a string of huge hit films under his belt, Perry told Gayle King on CBS This Morning that he's not taken as seriously in Hollywood as the other stars.
"I clearly believe that I'm ignored in Hollywood, for sure. And that's fine. I get it," the 50-year-old actor said.
The star noted, "My audience and the stories that I tell are African-American stories specific to a certain audience, specific to a certain group of people that I know, that I grew up, and we speak a language. Hollywood doesn't necessarily speak the language. A lot of critics don't speak that language. So, to them, it's like, 'What is this?'"
The actor added that he knows what his films do "for the people where I come from and the people that I'm writing for."
He said, "But I know what I do is important. I know what I do touches millions of people around the world. I know how important every word, every joke, every laugh [is]. I know what that does for the people where I come from and the people that I'm writing for. So, yeah, I get that."
Perry's studio opening took place over the weekend with a star-studded party celebrating the feat.
He became the first African-American to own a major film studio outright with its opening, and celebrities including Samuel L Jackson, Beyonce, Oprah Winfrey, Ava DuVernay, Bill Clinton and Hillary Clinton, Halle Berry, Will Smith, Whoopi Goldberg, Spike Lee, Kelly Rowland and Viola Davis all stepped out to celebrate.
Rowland and Williams posed together on the red carpet at the event and were even seen hugging each other. Although she didn't walk the red carpet with the rest of the guests, Beyonce did make a surprise appearance at the celebratory event.
Perry is currently working on nine shows, which are in production, including 'The Oval', a White House drama starring Perry as a presidential butler, and 'Sistas', a show about a group of single black women, both premiering this month. (ANI)
ADVERTISEMENT