US musician KSHMR to feature in 'Sunburn' Holi bash in Mumbai 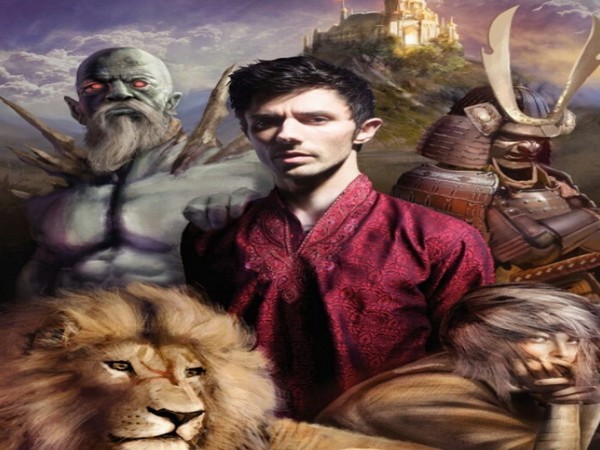 "I'm excited to return to India and give back to the country that's given me so much. There's beautiful work being done by the Saturday Art Class to help Indian youth and I'm hoping the proceeds from our show help their great cause," said KSHMR.
KSHMR, who is also known by his original name Niles Hollowell-Dhar, has his root set in India as his father originally belongs to the Himalayan region of Kashmir.
The artist, who is admired for his EDM hits, is a recipient of the highest audio-visual act award for DJ Mag's Top 100 DJs 2017, the year which also saw the launch of his record label 'Dharma Worldwide'.
'Dharma Worldwide' serves as a platform for showcasing the best global talent in the electronic section of music. The electronic music producer's latest endeavour has been the four-track 'Paradesi EP,' which is his origin story.
In the upcoming Holi bash, Kshmr will take the stage with a storm with his orchestral show. The US-based music producer will be seen revealing the 'KSHMR LIVE: Orchestral Experience' in India for the first time for a headline show with Sunburn.
The musician, who is also a philanthropist, will also donate proceeds of his event titled 'KARMA' to the charitable institution - 'Saturday Art Class'- for promoting holistic education of children in Mumbai.
"We are truly excited to begin the Sunburn 2020 season with one of our festival all-time favourites and epic talents like KSHMR and Vini Vici. Fans can expect a showcase of mammoth proportions as we usher in Holi -- the festival of spring, colour, love and unity with these legendary artists and their unique compositions and sounds across Mumbai and Pune," said the CEO of Sunburn Karan Singh.
While Kshmr will be seen setting the stage in Mumbai, legendary Psytrance whirlwind duo Vini Vici will perform at the Holi bash taking place at Pune on March 10. (ANI)
ADVERTISEMENT