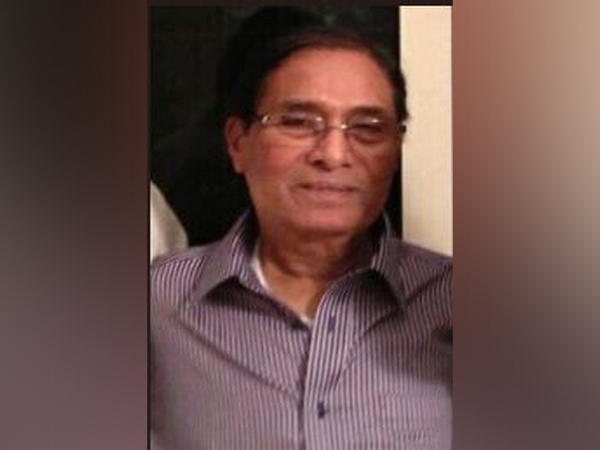 Film critic and Movie trade analyst Komal Nahta shared the news on Twitter and wrote, "Vinay Sinha, producer of films like 'Andaz Apna Apna', passed away a few minutes back. May his soul Rest In peace."

The cause of death of the producer has not been confirmed Condolences poured in for the demise of the senior filmmaker. 'Andaaz Apna Apna' featured Aamir Khan and Salman Khan in lead roles which released in 1994. Despite being a flop at the box office, the movie earned a big name all thanks to the strong word of mouth later on.
In November last year, the comedy-drama clocked 25 years and Vinay Sinha's daughter Priti Sinha had thanked him for being part of an iconic film. She has shared a tweet that read, "25yrs of #AndazApnaApna today...the Producer #Vinaysinha and his film...thank u for producing this iconic comedy and bringing Aamir and Salman for the first and only time on screen together...papa, u rock @nammsinha @AamodSinha @shreyoby." 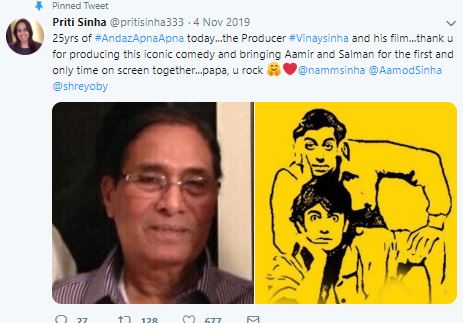 He had also produced 'Chor Police' and a few TV shows. (ANI)
ADVERTISEMENT