Veteran filmmaker Terry Gilliam to be honoured with lifetime award 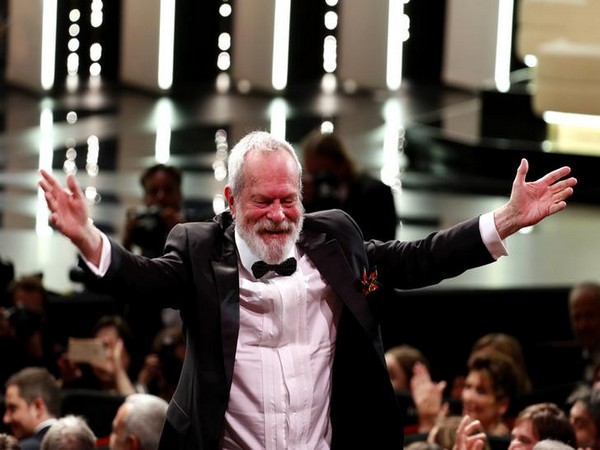 Washington D.C. [USA], Sept 3 (ANI): Veteran filmmaker Terry Gilliam is all set to be bestowed with a lifetime achievement award.
He will be presented the award at this year's 41st Cairo International Film Festival which will run from November 20 to 29, according to The Hollywood Reporter.

Gilliam, a noted British filmmaker whose career spans over four decades has films like 'Monty Python', 'Holy Graul', 'Brazil', 'Time Bandits', 'Fear', 'Loathing in Las Vegas' in his directing credits among others.
"It's a great honor to be recognized with this award by the Cairo International Film Festival, I am very excited to be visiting Egypt in November to meet with audiences and filmmakers to celebrate storytelling," said Gilliam.
The President of the Cairo Film Festival, Moh Hefzy described Gilliam as a "genius filmmaker" and added, "Terry is a genius filmmaker, a maverick who has an extraordinary gift for storytelling."
"His films are wildly imaginative and sublime, submerging audiences into dizzying dystopias and whimsical fairytales; he is undoubtedly one of the true greats of cinema," he added.
Complementing his four decades-long "visionary work", Hefzy even said, "His remarkable, visionary body of work, which spans over 40 years, has seen him craft some of the most unique, epic and captivating films ever made." (ANI)
ADVERTISEMENT