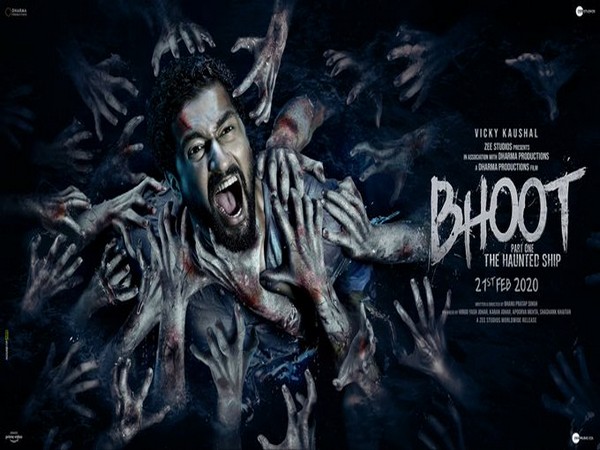 The two actors took to their social media to share the posters featuring Kaushal.
In one of the posters, Kaushal is seen being held by many haunted hands, while in the other one he is seen approaching towards something under a bed while a scary figure is seen holding him from the back.
"Look under the bed...fear awaits! Tune back here at 10 am tomorrow to set sail into the world of #Bhoot. #TheHauntedShip," Kaushal captioned the picture.
Later director Karan Johar also shared the posters on his social media.
'Bhoot Part 1: The Haunted Ship' is a part of the horror franchise that revolves around a ship that lies static on a beach.
Produced by Karan Johar, the horror-thriller flick also features Bhumi Pednekar and Ashutosh Rana in lead roles in the film. The movie is slated to hit theatres on February 21, 2020, and will clash with Ayushmann Khurrana-starrer 'Shubh Mangal Zyada Saavdhaan'. (ANI)
ADVERTISEMENT