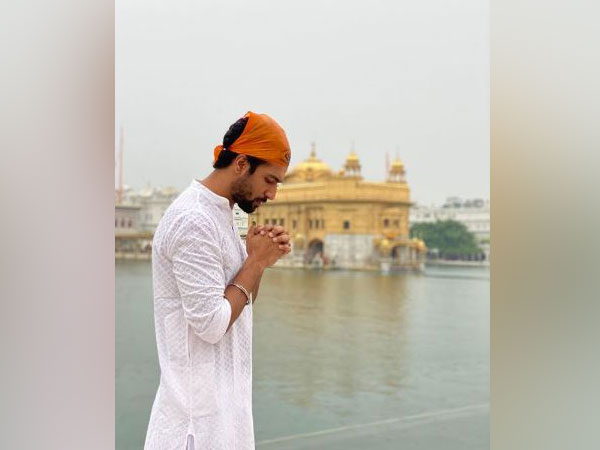 The 'Uri: The Surgical Strike' actor took to Instagram to inform about the visit and posted a picture of himself at the holy abode alongside.
Clad in all-white kurta and pyjama and head covered with an orange scarf, Vicky was seen praying with folded hands and his head bowed down with the Golden temple in the background.
"Babaji, mehr bakshyo. #SardarUdhamSingh here we go!" he captioned the photo. 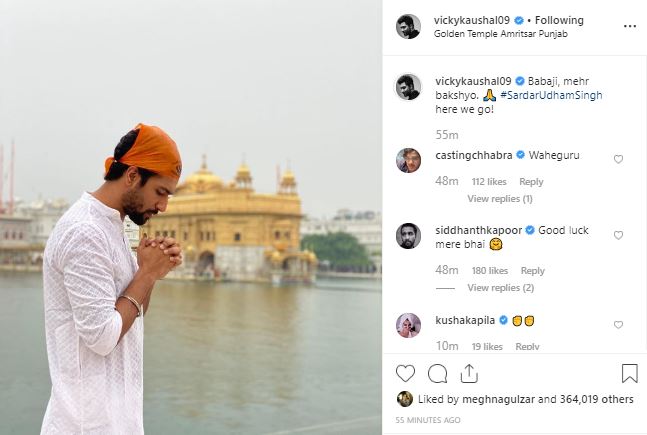 The first look of 'Sardar Udham Singh' featuring the 'Masaan' actor came out on April 30, this year. In the first look pictures, Vicky donned a vintage look with a long coat and a hat in his hand. In another picture, director Shoojit Sircar was explaining a scene to the 'Manmarziyan' actor.
Helmed by Shoojit Sircar, Vicky will be seen essaying the role of Udham Singh in the film. Singh, a revolutionary belonging to the Ghadar Party, assassinated Michael Dwyer in revenge for Jallianwala Bagh massacre in Amritsar.
The film is penned by Ritesh Shah and Shubendu Bhattacharya and produced by Ronnie Lahiri and Sheel Kumar.
Apart from the biopic, Vicky will also feature in Karan Johar's upcoming period drama 'Takht' and debutante Bhanu Pratap Singh's horror film 'Bhoot Part One - The Haunted Ship'. (ANI)
ADVERTISEMENT