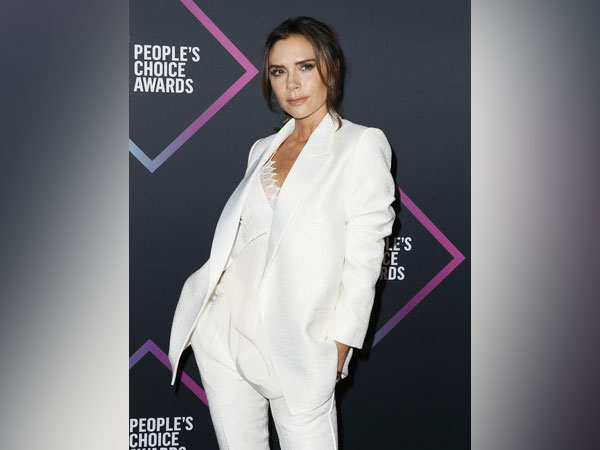 Washington DC [USA], Oct 4 (ANI): Victoria Beckham remembered the most celebrated couture from her days in the Spice Girls.
According to People, the singer and fashion icon disclosed in a recent interview on British talk show 'This Morning' that her favourite Spice Girls look was from 'Goodbye' music video, which released in 1998.

"My favourite Spice Girls look would be the 'Goodbye' video actually," Beckham revealed. "I was pregnant with [her oldest child] Brooklyn at the time and I had a pixie haircut, I was wearing a Jil Sander dress, which was super chic, and just really natural, nice makeup."
"I was at that stage of pregnancy when you are a little bit glowy," she added. "It was just very natural and I look back at that video and it really does make me smile because I had little Brooklyn in my tummy."
The 45-year-old singer has four children. Sons Brooklyn, Romeo, and Cruz along with a daughter Harper. (ANI)
ADVERTISEMENT