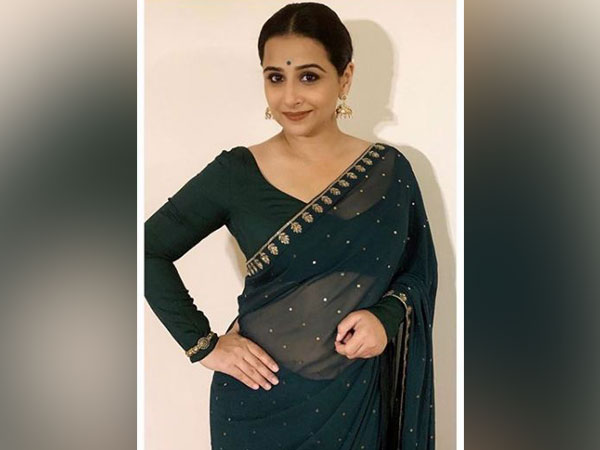 New Delhi (India), Nov 4 (ANI): Vidya Balan who will be seen playing the mathematician Shakuntala Devi in her next film, paid tribute to the genius on her 90th birth anniversary.

The 'Dirty Picture' star shared a picture of the 'human computer' on her Instagram.
Vidya wrote, "Charismatic, witty & exceptionally brilliant, she gave the world more reasons than one to be in awe with her! Remembering the extraordinary woman, #ShakuntalaDevi, on her 90th birth anniversary." 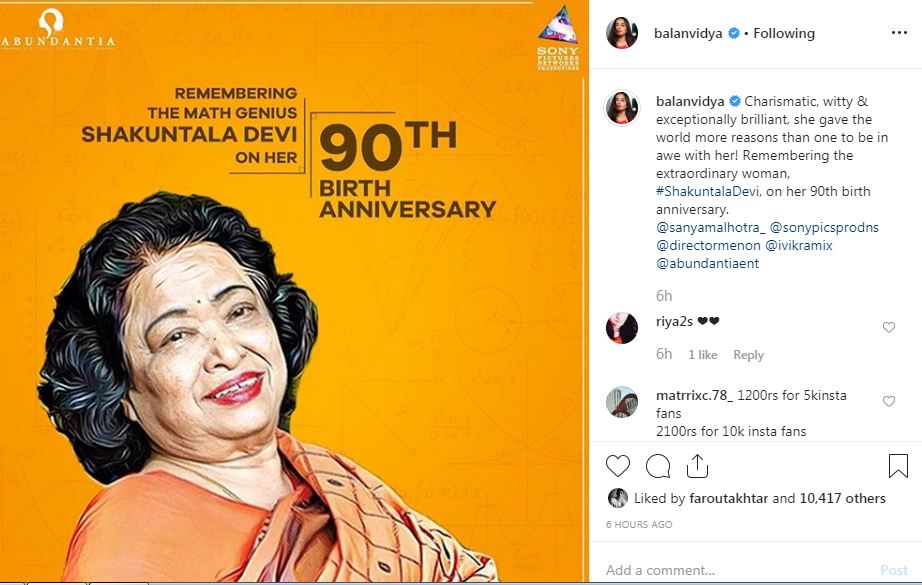 Last month, the actor shared a teaser of the upcoming film 'Shakuntala Devi- Human-Computer.'
The clip filled with numeric equations and formulas was the actor's way of commemorating the day dedicated to the most deadly subject - Maths!
Vidya's upcoming outing is based on the life of the mathematical genius of the same name who was known for her ability to make incredibly swift calculations.
Slated to hit theatres during summer 2020, the movie also stars Sanya Malhotra. (ANI)
ADVERTISEMENT