Walking down the aisle with Justin is Hailey's 'dream come true' 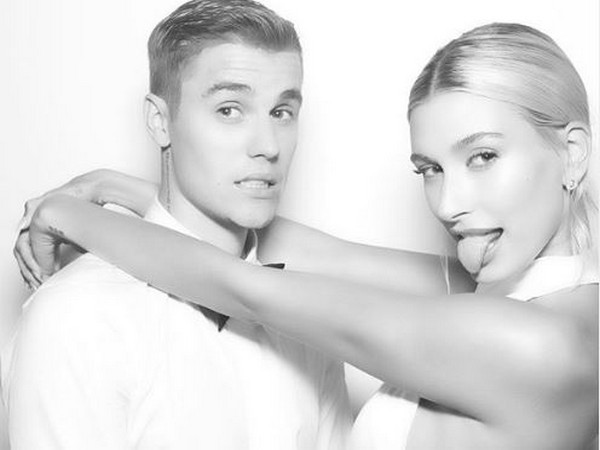 Washington D.C. [USA], Oct 2 (ANI): Marrying your crush can be a dream come true, and model Hailey Baldwin just lived it as she, on Monday, tied the knot with Justin Bieber for the second time.
"Marrying Justin is Hailey's dream come true," a source close to the couple told People.

Even before they started getting along, Baldwin had a "crush on him". and "she was so happy and excited when they got a bit older and dated," the insider added.
The couple, however, parted ways after a while of dating in 2016. It was the time that left the model heartbroken as she was "really upset" with Bieber.
"He wasn't in the right place to be in a healthy relationship with anyone, and she was really upset with him. They both went their separate ways," the source explained.
Even so, Hailey continued to care for Bieber, 25, and "never dated anyone else seriously."
The couple's rekindled romance in 2018 was "everything she had been praying for," said the source.
What more? Baldwin just wishes to "build a loving, happy home and family with Justin."
The duo got hitched for the first time at a New York City courthouse last year but this time, they exchanged vows in front of 154 guests at the Montage Palmetto Bluff in Bluffton, South Carolina.
Their nuptial ceremony had a number of Hollywood A-listers in the guest list including models Kendall Jenner, Camila Morrone and Joan Smalls, pals Kylie Jenner (with daughter Stormi!), Jaden Smith, Justine Skye, Dan Smyers and Shay Mooney of country duo Dan + Shay and their wives Abby and Hannah, Kris Jenner and Corey Gamble, as well as Bieber's manager Scooter Braun. (ANI)