We think about him every day: Tori Spelling on late Luke Perry 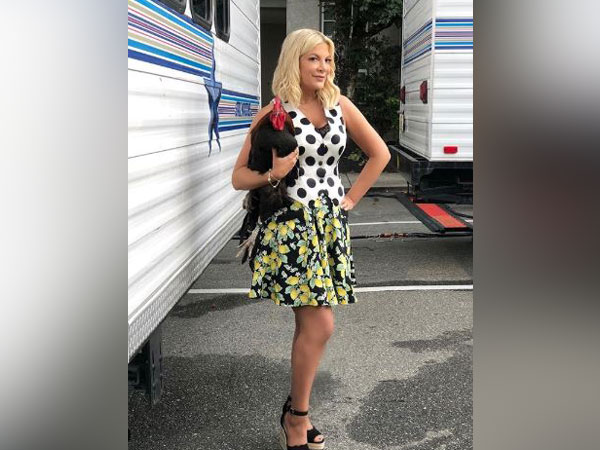 Washington DC [USA], Oct 6 (ANI): Luke Perry who died at an early age in March this year is still remembered by his fellow actors from the show 'Beverly Hills 90210'.

According to Us Weekly, it's been six months since Perry passed away, but his co-actor Tori Spelling and the cast of 'BH90210' still remember him almost every day.
"Obviously we think about him every day, and it's a huge loss for us and everybody out there," the 46-year-old actor told Us Weekly exclusively at the L.O.L. Surprise! Winter Disco Fever Launch Party.
Perry was 52 when he died due to a heart stroke.
Spelling, who co-created the 'Beverly Hills, 90210' told Us that the cast walked a "delicate line" while debating how to honour Perry in the new series.
"We definitely paid homage to him in the first episode, but we didn't want to make it something that people would say, like, 'Oh, they're using him as a tool, a narrative, based on a tragedy'," Spelling explained. "So we were really mindful of that and everyone kind of wanted to keep it private, and I respect that." (ANI)
ADVERTISEMENT