Wishes pour in as Akshay turns 52 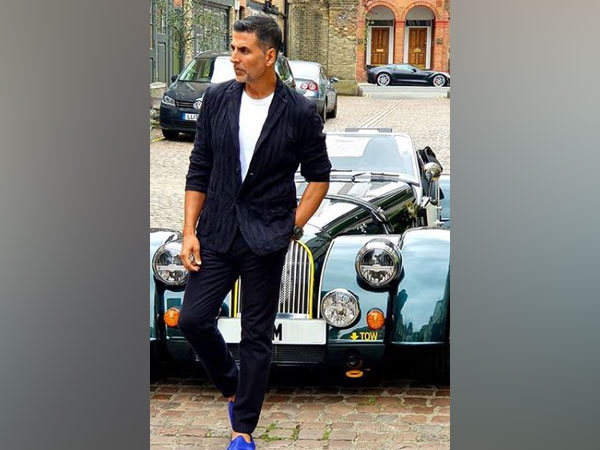 While some showered love for his amazing acting skills, some fanboyed the actor for his 'physical abilities.' The whole Twitterverse showed how much they love 'Mr Khiladi' as they made #HappyBirthdayAkshayKumar trend on top on the micro-blogging site.
Addressing him as 'king of versatility', a twitter user wrote, "My Fitness inspiration, King of versatility. One and only Superstar Akshay Kumar. Wish you a very happy birthday."

"Wishing you a very very happy birthday handsome @akshaykumar many many happy returns of the day have a wonderful year ahead god bless..Love you always and forever prince," tweeted another. 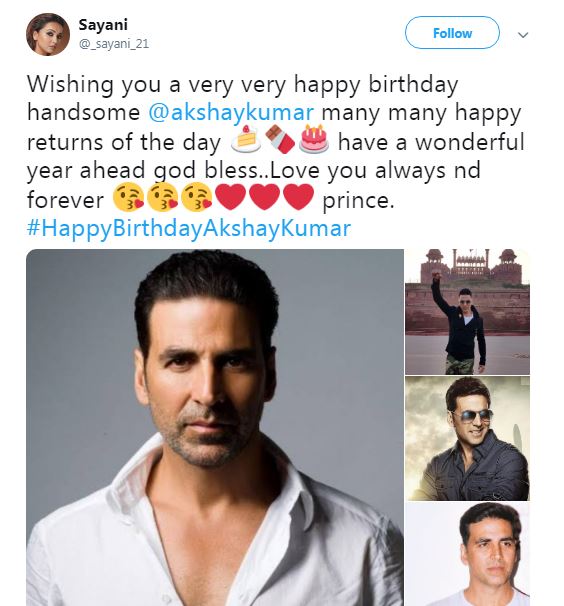 As Akshay has made quite a lot of films with a social message, another user wrote, "Happy birthday to the person I admire the most, Akshay Kumar Guruji. A True inspiration. A Real Human Being. Who uses his stardom to do something good about society. Most down to earth Superstar."

Not only wishes, but a fan also expressed the wish to meet Akshay to present him three scripts which he wrote for the actor.
"I wish I could meet n present u d 3 scripts I have written only for you:
1. Shehanshah (Remake)
2. Flashback
3. Selfie," the person mentioned in his tweet. 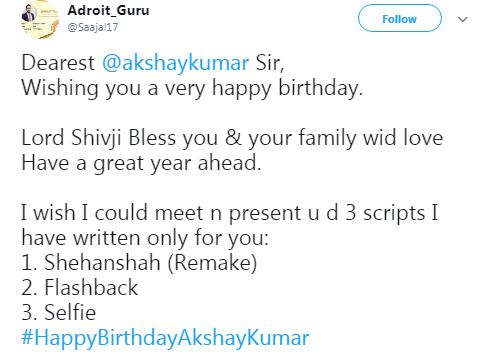 A user who seems to be aware of the actor's habit of waking up early, tweeted, "Aise hi tweet karte rahe... Abhi 1:19 hours me Akshay sir jagne wale hain (Keep tweeting, Akshay sir will be awake in 1:19 hours)."

Akshay has a career spanning over 25 years and has been a part of more than a hundred Hindi films. The actor was last seen in 'Mission Mangal'. (ANI)
ADVERTISEMENT