Wishes pour in for Sanjay Dutt on his 61st birthday

A host of celebrities from the Bollywood industry as well veteran actors from down south has extended their birthday greeting as Dutt turned a year older.
Malayalam veteran actor Mohanlal was among the first few to extended birthday wishes to 'Sanju Baba'.
"Happy Birthday Dear Sanju Baba... Love & Prayers," the star tweeted as he shared a picture with Dutt. 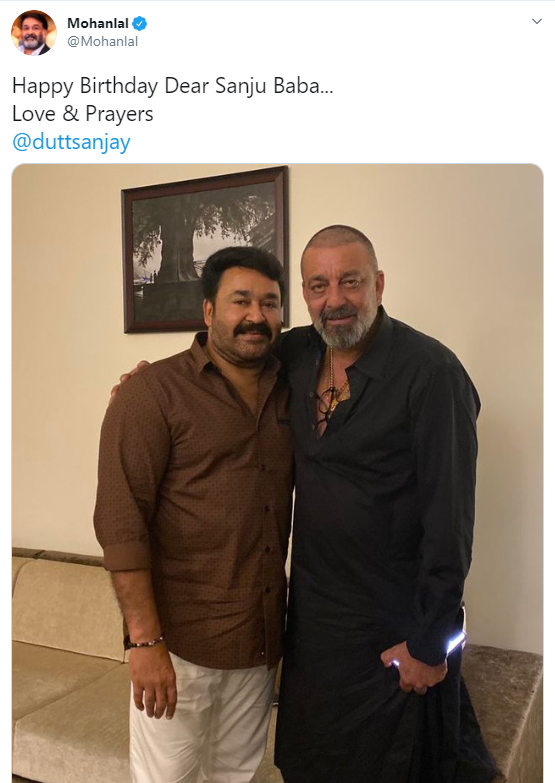 While his 'Kalank' co-star, Ali Bhatt wished him "doubled the happiness today and every day". She shared a dashing picture of the 'Naam' actor on Instagram stories.

'Raazi' actor Vicky Kaushal also shared the same picture on his Instagram as he wished the actor a very happy birthday, addressing him "sir".
Kaushal played a pivotal role, alongside Ranbir Kapoor in the movie 'Sanju' that was centered on the life of actor Sanjay Dutt. 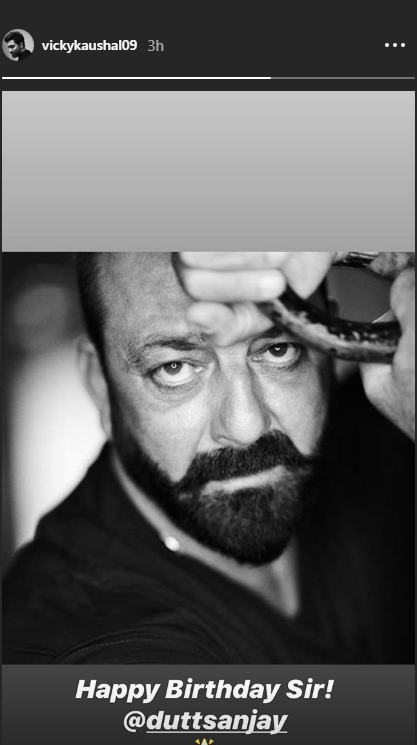 Actor Shilpa Shetty, who co-starred with Dutt in the hit movie 'Dus' aslo extended birthday greetings to him on Instagram.
"Wishing you love, happiness, and great health, she wrote on her Instagram stories. Shetty also mentioned that he will always remain as the "ultimate rockstar". 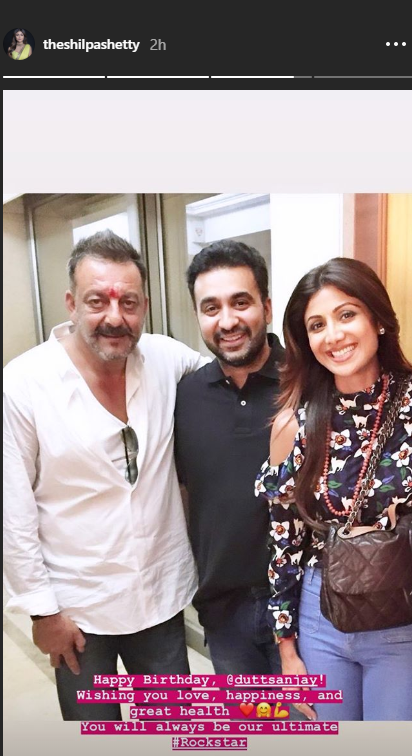 Son of veteran actors Sunil Dutt and Nargis Dutt, he made his acting debut in 1981 and has since appeared in various Hindi films.
In his long illustrious career, Dutt won two Filmfare Awards, two IIFA Awards, two Bollywood Movie Awards, three Screen Awards, three Stardust Awards, two Zee Cine Awards, and a Global Indian Film Award.
Four of his films have won various National Film Awards as well.
Sanjay has been in the limelight for his biopic 'Sanju' starring Ranbir Kapoor, which was one of the biggest openers of 2018. He was last seen in the 2019 released film 'Kalank' alongside an ensemble cast including Madhuri Dixit, Aditya Roy Kapur, Alia Bhatt, Sonakshi Sinha, Varun Dhawan and others. (ANI)
ADVERTISEMENT