WWE star and The Rock's father Rocky Johnson passes away 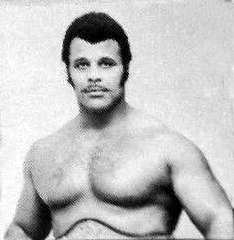 WWE confirmed the tragic news of Johnson's demise on Wednesday (local time).
"WWE is saddened to learn that WWE Hall of Famer Rocky Johnson has passed away," said the organisation in its tweet.
Along with the tweet, the organisation attached a detailed statement about Rocky's career, which strated in the mid '60s and lead him to the WWE in 1983. He retired in 1991.
"The physically imposing and wildly charismatic Johnson had several memorable rivalries with the likes of Greg 'The Hammer' Valentine, Don Muraco and Adrian Adonis," Fox News quoted the statement.
"He found his greatest success when he teamed up with Tony Atlas as The Soul Patrol. The two men became the first African-American World Tag Team Champions in WWE history when they defeated The Wild Samoans on Dec. 10, 1983," the statement further read.
Johnson trained his son 'The Rock' and then was later inducted in the WWE Hall of Fame in the year 2008. (ANI)
ADVERTISEMENT