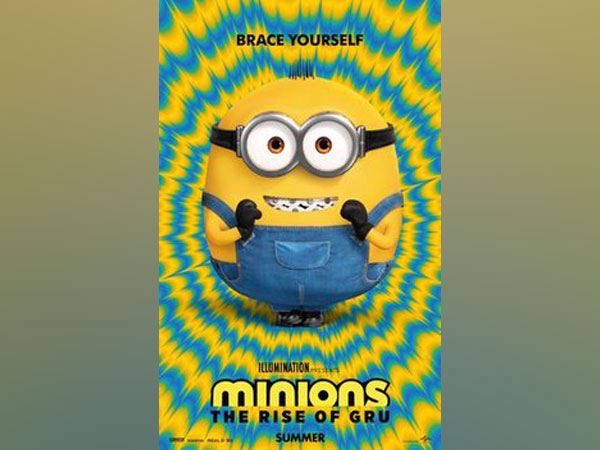 Washington D.C. [USA], Feb 3 (ANI): The Superbowl has played host to allow a sneak-peek into many of the upcoming releases. The yellow mischief-makers paved their way into the game with the first look of the upcoming flick 'Minions: The Rise of Gru' on Sunday.

Later the makers dropped the trailer of the film through their social media handle as well. As the trailer kick-started with fun and action, the background voice kept on giving a list of what to expect from the upcoming summer list. "This summer get ready for action, bad guys, snacks, more bad guys, tighty whiteys, explosions, nun's nun shots..." and the fun list goes on.
The 3D computer-animated release is a sequel to the 2015 installment 'Minions' and a prequel or rather spin-off to the original 'Despicable Me' cinematic series.
Kyle Balda, Brad Ableson and Jonathan del Val's co-directorial project has the lead voice of Steve Carell along with Rusell Brand, Kevin Hart, and Margot Robbie among others.
'Minions: The Rise of Gru' is set to hit the big screens on July 3 of the ongoing year. (ANI)
ADVERTISEMENT